The political drama playing out in Abuja, the nation’s seat of power just attained an interesting dimension. Just few minutes after TRACKNEWS.NG suggested that the Heads of some security agencies be sacked over the “madness” which took place at the National Assembly on Tuesday, a serious action has been taken.

The Acting President, Yemi Osinbajo, has sacked the Director-General of the Department of State Service (DSS), Lawal Daura.

Osinbajo’s spokesman, Laolu Akande, confirmed this on his Twitter handle.

He wrote, “AgP Yemi Osinbajo has directed the termination of the appointment of the DG of the DSS, Mr. Lawal Musa Daura.” 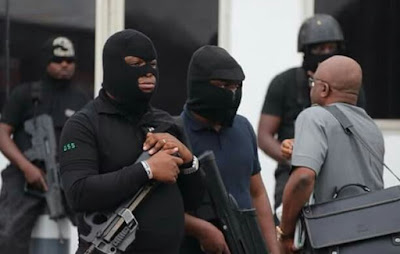 Daura has been directed to hand over to the most senior officer in the DSS. Will sanity be restored to Nigeria’s political space with this move? We are watching.

Takeover of National Assembly not authorised by Presidency, says Osinbajo