The National Economic Council meeting held yesterday in the Villa In Abuja and these are the very interesting highlights…. 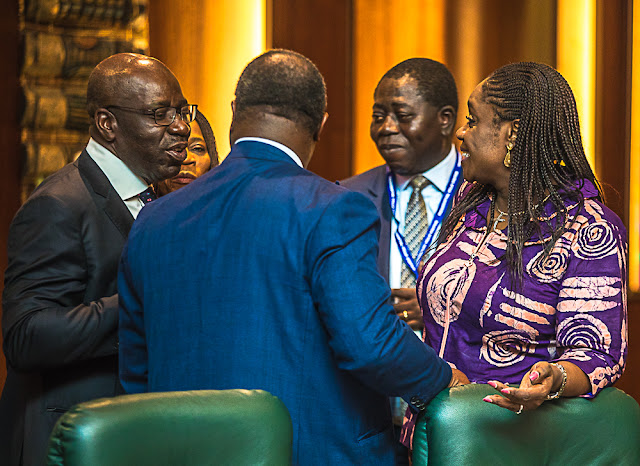 Short of constitutional amendment, the Federal Government and State Governors have resolved to explore how the operations of the Nigeria Police can be decentralised in order to improve the level of policing and security in the country.

This is one of the highlights of the National Economic Council (NEC) meeting today where a Committee of state governors and the Inspector-General of Police has been set up to ensure the decentralisation.

Members of the Committee include the Governors of Zamfara, Ondo, Plateau, Ebonyi, Katsina, Edo and Borno states, who will work with the IGP, Ibrahim Idris.

At the NEC meeting, the National Security Adviser, Maj. Gen. Babagana Monguno (retd.), assured that the Intelligence Community and Security Agencies will continue to sustain current efforts to mitigate the security challenges across the country.</span>

Monguno had earlier briefed the Council on security matters.

Briefing State House correspondents, the Deputy Governor of Benue state, Mr. Benson Abounu, commended the efforts of the security agencies at mitigating the spate of insecurity in the state.

He especially thanked the security agencies for the thoroughness of Operation Whirl-Stroke, mounted by the Nigerian Army, in Benue State for their decisive operation which, according to him, has brought relative peace to the state.

Abounu, who spoke to reporters, said, “The security situation in Benue State has improved significantly. Now many Internally Displaced Persons have returned home, the State is relatively calm”.

At the NEC meeting also, presentations were made on Value Added Tax (VAT) and Withholding Tax by States and MDAs by the Executive Chairman, Federal Inland Revenue Service (FIRS), Dr. Babatunde Fowler.

Dr. Fowler informed Council that the audit of the States MDAs has commenced with respective Governors and Finance Commissioners duly notified, adding that the total outstanding VAT and Withholding debt of States’ MDAs stand at N41,047,661,213.66 for the period 2008 to 2016.

Below are highlights of NEC deliberations:

A.
SECURITY BRIEFING BY THE NATIONAL SECURITY ADVISER (NSA)

· The National Security Adviser (NSA), on behalf of the Security Chiefs in the country, briefed Council on the current security challenges across the country, particularly in the North West, North East, Middle Belt, South East and South-South.

· He informed Council on efforts being made by the Federal Government and urged the State Governments to support Federal Government’s efforts in dealing with the challenges in their respective States, particularly those with local perspectives.

· The NSA assured that the Intelligence Community and Security Agencies will continue to sustain current efforts to mitigate the security challenges across the country.

Council Decision
Cases of bandits should be prosecuted and adequately publicised by the States and Attorney-General encouraged to personally lead the prosecution.
Council recommended that a Committee of NEC with representatives from the geopolitical zones, including Zamfara, Ondo, Plateau, Ebonyi, Katsina, Edo and Borno States be set up to meet with the IG of Police, to determined how to ensure the decentralization of the police operations as quickly as possible.
Council also thanked the NSA and the Service Chiefs for their efforts </span>

B.
PRESENTATION ON STRATEGIES FOR OPTIMISING THE CONTRIBUTION OF MSMES TO THE COUNTRY’S TAX REVENUE PROFILE BY THE EXECUTIVE CHAIRMAN OF THE FEDERAL INLAND REVENUE SERVICE (FIRS)

· National Bureau of Statistics, in partnership with the MSMEs, gave the number of MSMEs in Nigeria as 37,067,419
.
· When adequately harnessed, MSMEs can have much impact on the profile tax revenue for the country – especially considering their direct correlation with personal Income Tax, VAT and Withholding Taxes.

Challenges Impeding Optimization of MSMEs Contribution to Tax Revenue: among others

FIRS Strategies and Rates – among others

Actions
Adequate man-power has been deployed to promptly attend to all tax related challenges by MSMEs.</span>

Respective organs of Government saddled with disbursement and utilization of tax revenue should endeavour to be transparent and accountability in order to motivate Voluntary Tax Compliance by the MSMEs.

Government at all levels should endeavour to provide infrastructural facilities and enabling business environment to allow MSMEs Business to thrive.

C.
REPORT ON VALUE ADDED TAX (VAT) AND WITHHOLDING TAX (WHT) BY STATES OF THE FEDERATION, MDAS OF GOVERNMENT BY THE CHAIRMAN, FIRS

Highlights of the report among others are;

It is a report to Council on critical issues on the Value Added Tax (VAT) and Withholding Tax (WHT), status report on States Tax Audit exercise, total remittances by the States’ MDAs and contribution to non-import VAT.

Council is informed that the total outstanding debt of States’ MDAs stands at N41,047,661,213.66 for the period 2008 to 2016.
Process of bringing up-to-date status of VAT and WHT remittances by all States and MDAs by the FIRS is on.

For ease of VAT/WHT collection and automatic remittances of deductions to TSA, FIRS has deployed a Software Payment Platform (SPP) to facilitate States, MDAs computerisation and remittances.
The report informed Council that remittances from States (January to July 2018) stands at N40,299,839,092.79.

FIRS has duly notified the Governors and Finance Commissioners of the ongoing audit exercise and requests the cooperation and collaboration of the States for the success and timely conduct and completion of the exercise.

The report noted that the Honourable Minister of Finance has directed the Federal MDAs and States to verify the authenticity of Tax Clearance Certificates (TCC) online as presented by contractors before awarding contracts.
Federal and States MDAs are enjoined to send copies of Manual TCCs issues before August 22, 207 to FIRS for verification before awarding and making payments.Action Points

Honourable Minister of Finance reported to the Council that the current balance in the Stabilization Account as at August 14, 2018 stands at N21,591,091,564.37.

Honourable Minister of Finance equally reported to the Council that the current balance in the Natural Resources Development Fund as at August 14, 2018 stands at N143,479,688,711.25.</span> 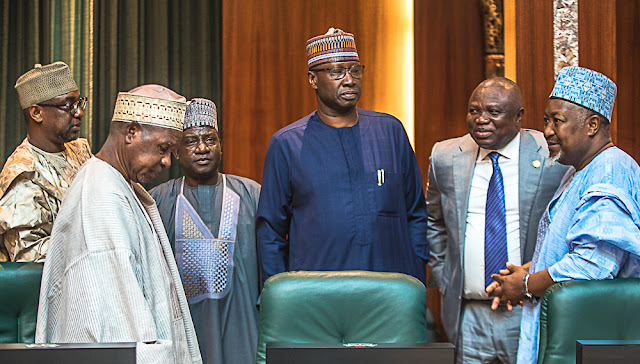 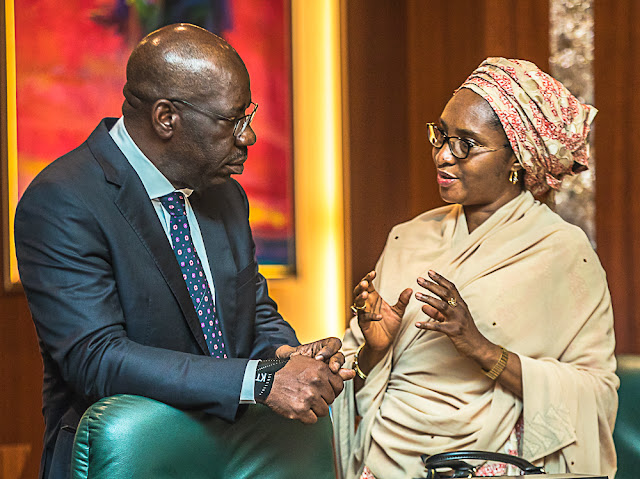 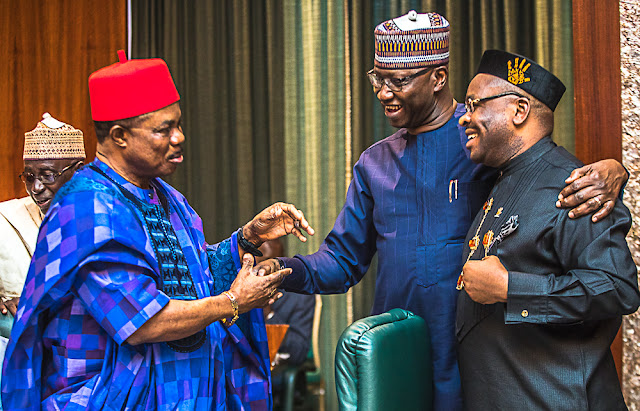 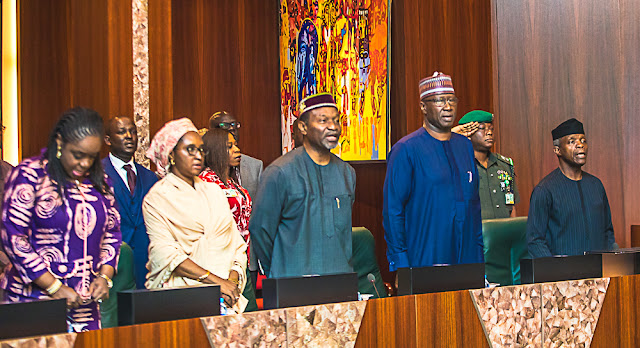 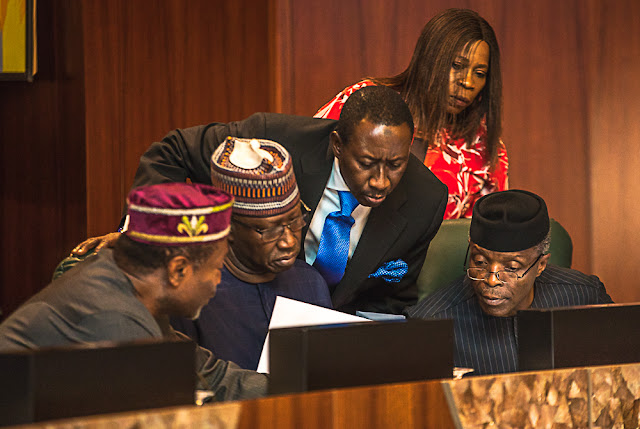 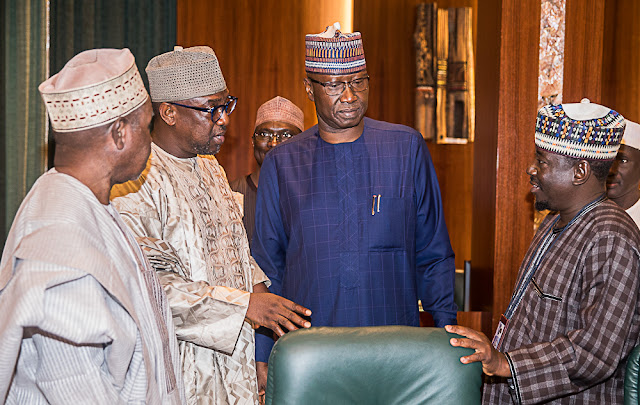 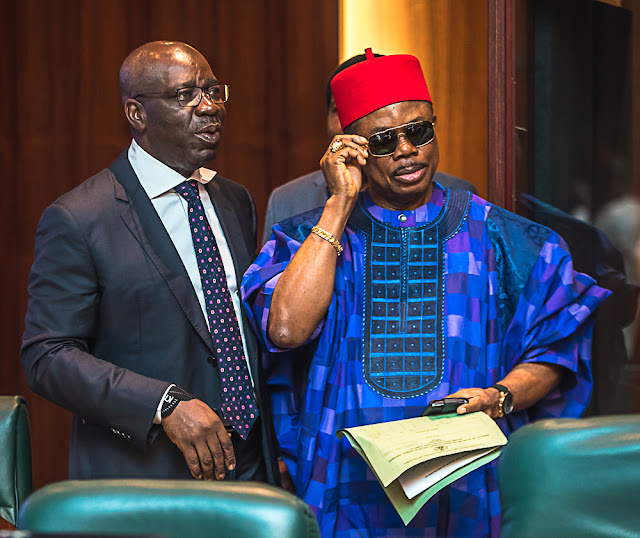 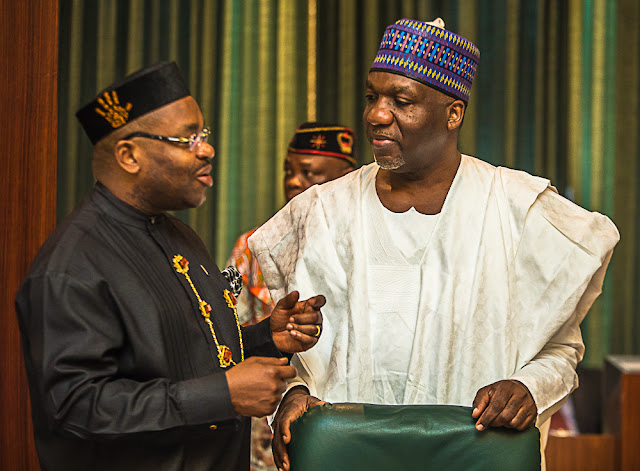