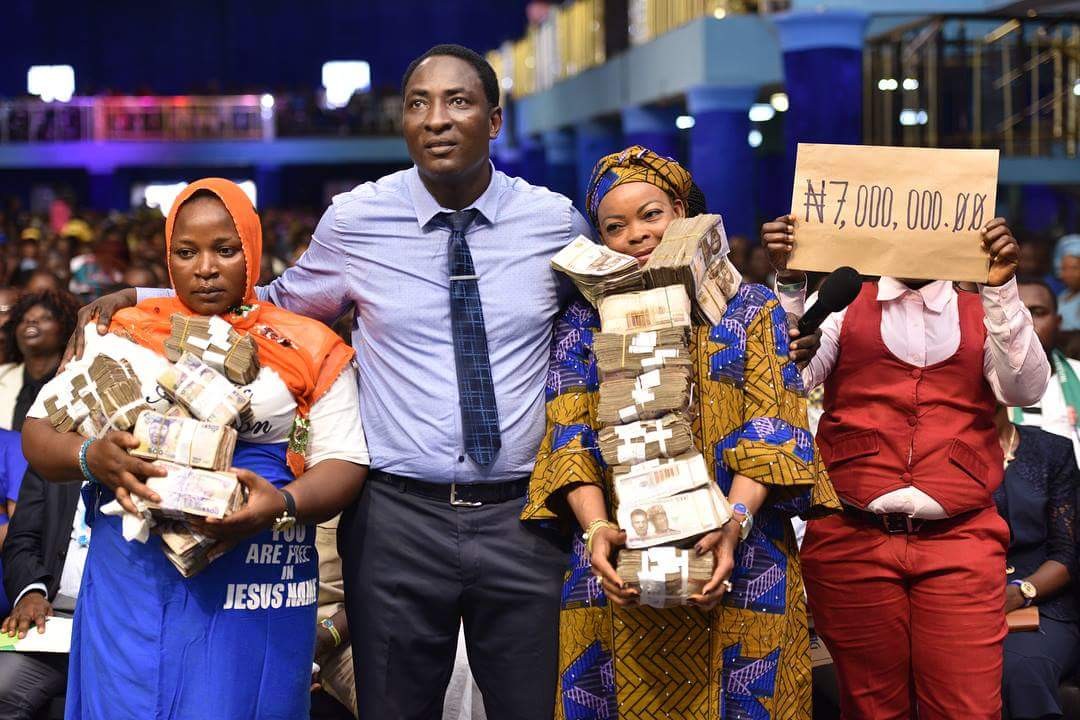 Just as the word of God says in Romans 8:1; “For there is therefore no condemnation to them that are in Christ Jesus.”

As Christ came for Sinners to be saved and redeemed, in this same vain, God’s tireless general, Prophet Jeremiah Omoto Fufeyin saved two prostitutes from dying.

In his usual manner of prophetic outbursts, Prophet Jeremiah Omoto Fufeyin located Ms. Egbiremonien Mary from Paris, France who was trafficked and lured into prostitution in Paris and Ms. Jennifer Ariel from Abuja, Nigeria also deceived into prostitution allegedly by her aunty. 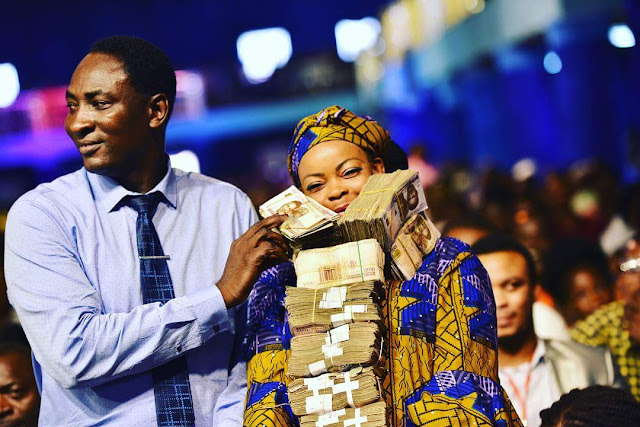 Ms. Egbiremonien Mary and Ms. Jennifer Ariel had concludes that if the God of Prophet Jeremiah Omoto Fufeyin did not locate them, they will commit sucide to put an end to their misery.

They came to Mercy City, encounter divine grace and were blessed.

The clergy and the Partners of Mercy Television in their usual gesture blessed them with the Sum of #7million Naira (#7,000,000) to start a new life.

When God’s Grace locates a person, sins are cleansed and bondage’s are broken.

They were not only located through prophecy by the prophetic bulldozer, but were delivered, saved and blessed. 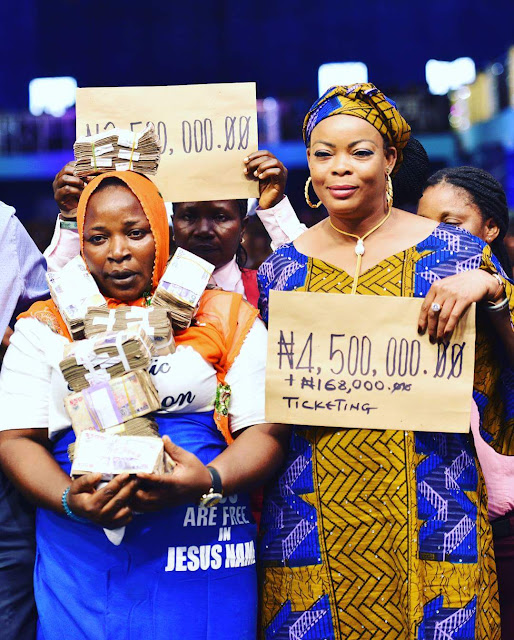 According to the Prophet who is popularly called ‘Owomowomo’, “Love and support is our greatest priority.

“I admonish us to sacrifice to the needy.

” I want to use this medium to call on my colleagues (men of God) to bless the poor amongst them.” 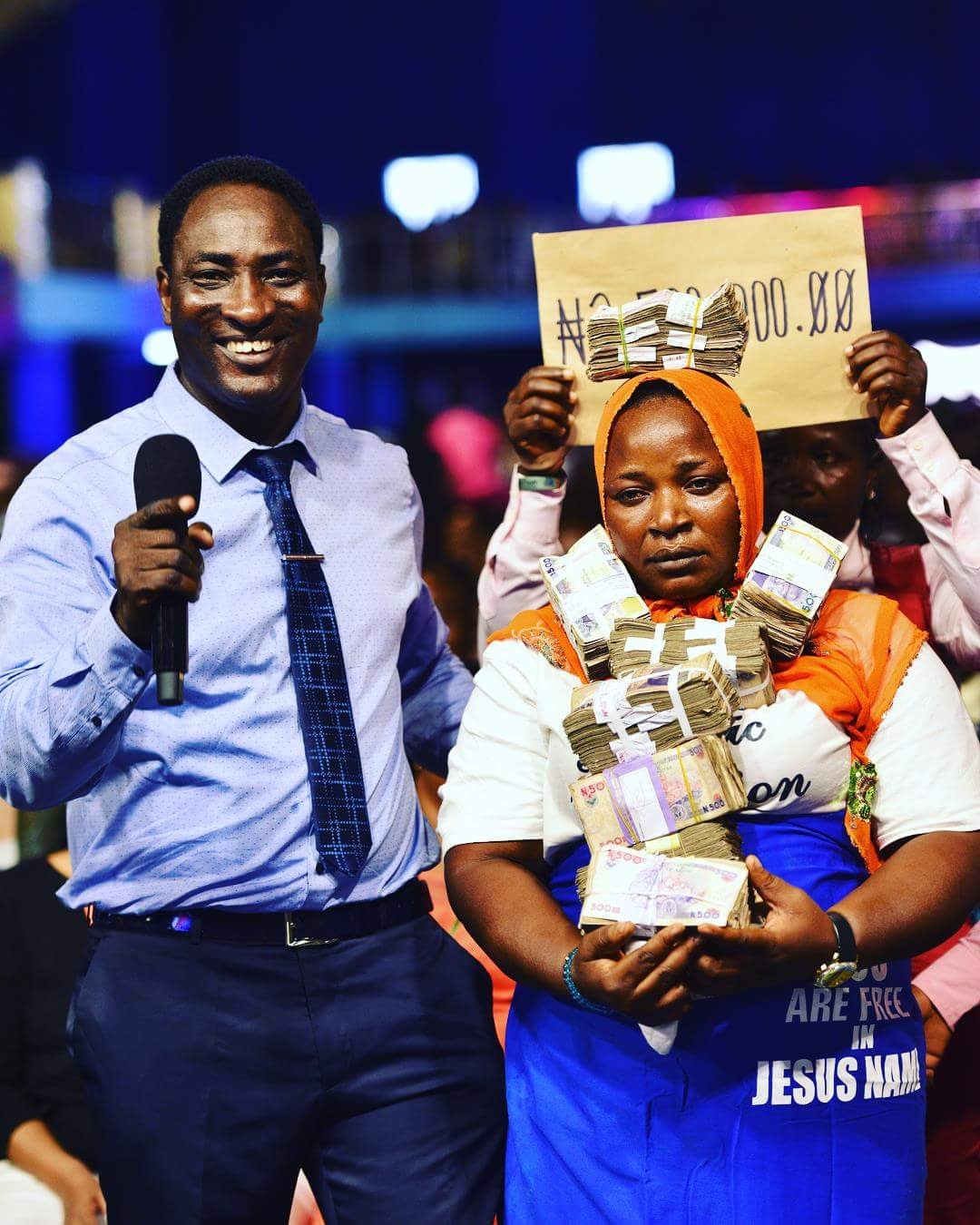 It is better not to vow than to vow and fail to redeem, just like the case of Ananayas and Saphira in the Bible.

That was the same thing Prophet Edemidiong Friday from Akwa-Ibom state, Nigeria did.

Edemidiong came to mercy city for a program and made a vow of #3 million Naira to support a project in the vineyard of God.

He wrote a cheque that the ministry could not receive when the church accountant contacted him to let him know his challenges.

Instead of helping in clearing the cheque for the church as promised, he started lying to the ministry.

When the Lord withdrew his presence, the devil come in freely.

Within a period of six months the multi-million Naira prophet who operate a mega church, drives exotic car including a bullet proof G.wagon of over 60 million, houses, landed properties worth hundreds of million of Naira were all sold out with the highest sales of #800,000, .

In search of solution, prophet Edemidiong started visiting spiritualists that could not help him.

But finally realized that he needed to come down to Mercy City and asked the God of prophet Jeremiah to forgive him. 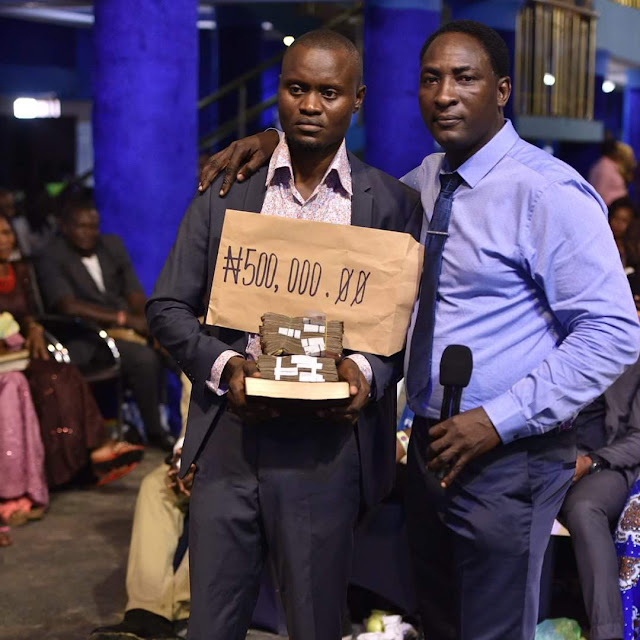 The Man of God forgave him, prayed for him and gave him the sum of #500,000 to start life all over again.

God is a God of Mercy and we follow in his steps and ways.

Related Topics:Prophet Jeremiah Omoto FufeyinProstitutes saved from death by popular clergy
Up Next

‘If you must have anything with me as a man, you must be very strong in bed and satisfy me sexually, at least for an hour’ – Yoruba actress, Eniola Odunsi

Pastor commits suicide as girlfriend gets engaged to another man