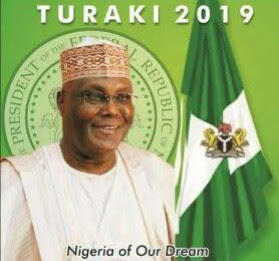 Several online polls have declared former President Olusegun Obasanjo as the best Nigerian president since 1999. Now the PDP presidential candidate, Atiku Abubakar, is keying into that record of performance, since he was Obasanjo’s vice president.

Atiku said he would continue from where Obasanjo’s Presidency stopped in 2007 when he becomes president.

Speaking their settlement meeting yesterday, Atiku said, “This visit is an historic one for both of us and for this country, because, as I have said last Sunday, I paid tribute to him(Obasanjo) because I couldn’t have been what I am today without his wise counsel, without his picking me as his Vice-President for eight years and without the training I got from his tutelage and his leadership.

“I believe the time has come for all of us to work together, to unite and work together, so that this country can be repositioned on the path of unity, truth and prosperity.

“Mr President sir, today is one of the happiest days of my life. As I said a few moments ago up there, after your presidency, we have had three presidents in this country, the only President you have trained is I, and I said I am going to commit my presidency, if I become one, to the continuation of your own presidency and legacy.”

Related Topics:Atiku: What I Will Do After Defeating Buhari In 2019
Up Next