The Lagos State Police Command have arrested 5 trans-border robbers fleeing into Lagos after robbing an Ogun State based haulage company’s warehouse. The 9-man robbery gang was led by a Cameroonian born, Ahmed Ibrahim, 33 and one Obinna, who along with three others are now at large.

The Lagos State Commissioner of Police, Imohimi Edgal, parading the suspects at the command’s headquarters in Ikeja yesterday, stated that the robbers were intercepted at Toll Gate border of Lagos and Ogun State by a patrol team of Rapid Response Squad stationed in the area. They were chased by the team when they refused to stop before they later halted at Meiran Junction, Lagos. 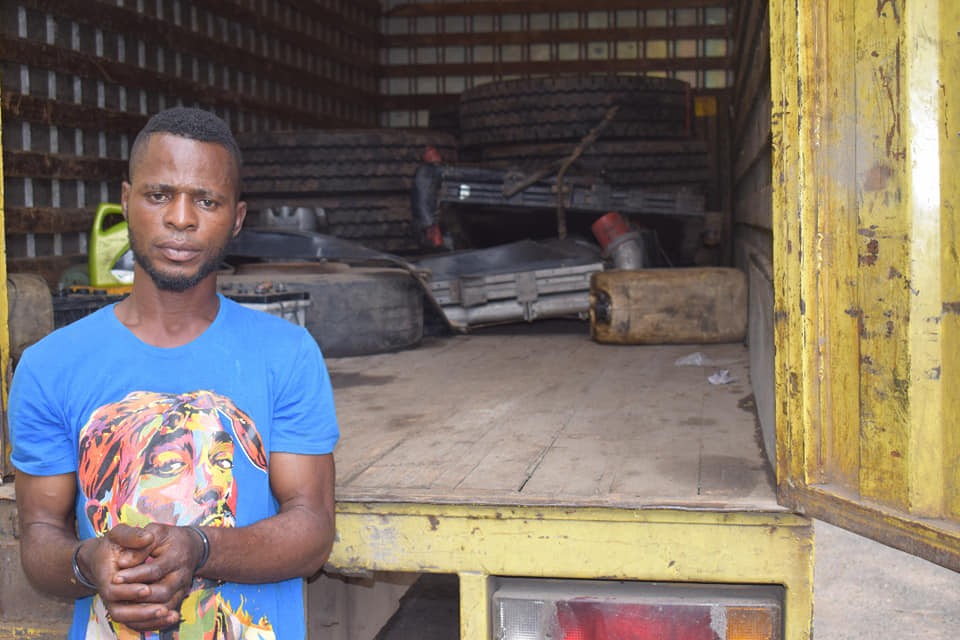 According to the haulage company’s security guard, Kenny Peters, “I was doing the rounds when they held me from the back. They wanted to shoot me first but one of them cautioned them that it won’t hurt me. They macheted me in the forehead and beat me with all manners of rods including truck wheel spanners. They tied my hands to the back and carried me to one fence, thinking that I was dead. 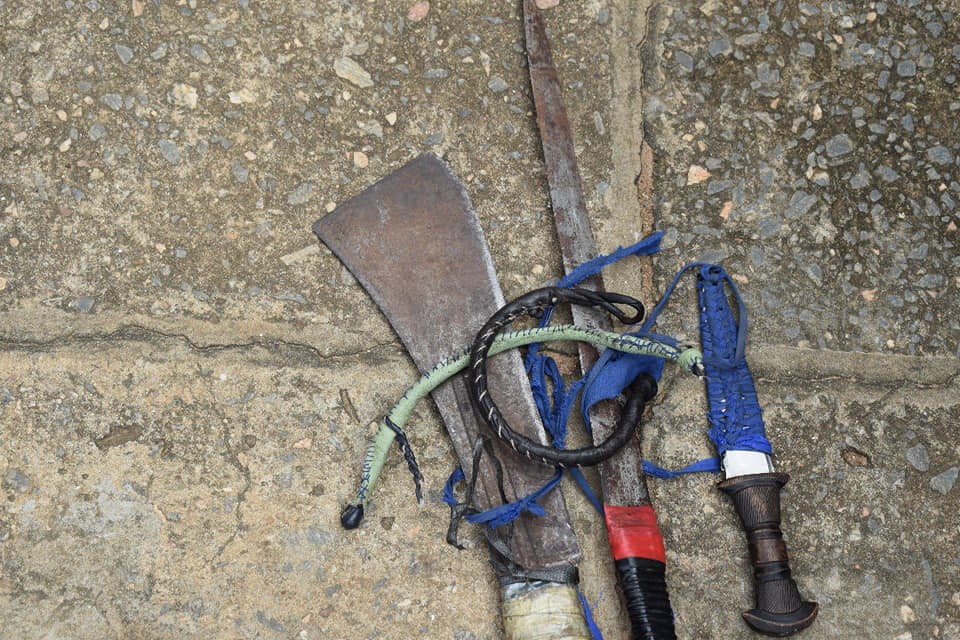 They looted the company’s store and were set to go when I woke up. I hung on to the back of the truck from Dalemo, Sango Ogun State to Toll Gate, where I saw RRS Team. I alerted them and they chased the truck to Meiran Junction, where they were forced to stop. Four of them fled while 5 were arrested.”

According to sources within the company, the leader of the gang, Ahmed Ibrahim, was the brother of the haulage firm’s former security guard, who in a similar operation stole about 100 truck tyres from the company in August 2018. 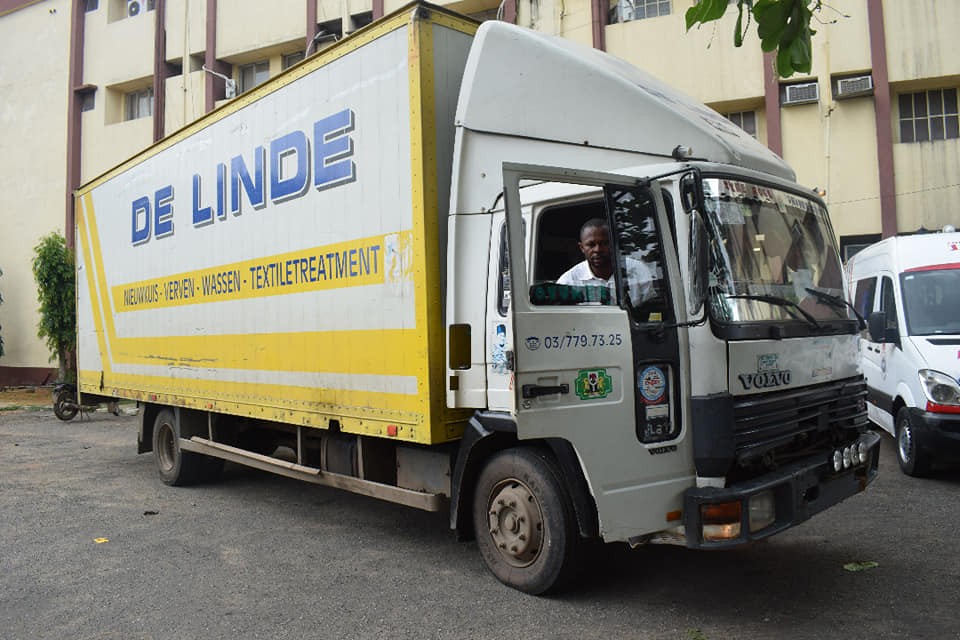 The leader of the gang confessed to have recruited one Obinna, who mobilized seven more robbers for the operation.

Police have already arrested the driver of the truck, Kudus Adebayo (33), while investigation is ongoing to arrest other members of the gang.

”In 2019, Nigerians will choose between lifeless candidate and job provider” – Atiku Abubakar

We can eradicate poverty by spending N1trn on poor Nigerians — Osinbajo