It was a celebration of life for Prof. Sola Fosudo who marked his 60th birthday and the anniversary of Blessed Fruit Foundation (BLF), a non-governmental organisation (NGO) he founded ten years ago, as guests and beneficiaries described the celebrant as a philanthropist. 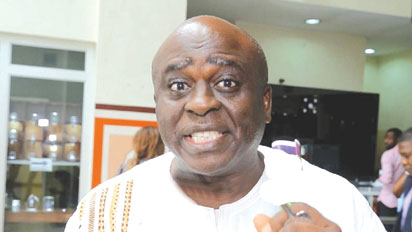 The highpoint of the event was the appreciation of widows who had been empowered and whose lives had been changed. One notable recognition was that of Mrs Ngozi Ibeh, a widow with eight children who, after being empowered with N50,000 loan to start foodstuff business, had gone ahead to collect another loan of N100,000 in 2017 which she repaid, and another N150,000 this year for the expansion of her business.

Chronicles of life and public service of Rahamon Bello

Mrs. Ibeh was rewarded with a prize of N20,000 by the Blessed Fruit Foundation, and the sum of N50,000 by an anonymous guest at the event.

Hosted by the Board of Trustees, management and staff of BLF, in collaboration with Centre Stage Productions and Terra Kulture, and tagged, Hope Alive Theatre 2018, the event featured the drama presentation of “One Legend Many Seasons,’ written by thespian author, Prof. Femi Osofisan, and directed by the celebrant, Fosudo.

Speaking on the NGO and his life at 60, Fosudo explained that challenges of life compelled him to help the less privileged in the society, adding that, over the years, he had realised that the needy and the circumstantially disadvantaged persons, such as the widows and orphans, do not necessarily need huge sums of money to keep their hopes alive and make them feel loved, but a listening ear, a helping hand and a shoulder they can lean on to take them out of despondency and make them feel comforted.

According to the BLF founder, “I got a call from God when I was praying at the age of 49. I also became a bit more spiritual due to the challenges of life. One of them was a Ph.D programme I was doing which was not coming through for about three years and delayed the defence of my doctorate. I also had an encounter where a friend of mine was assassinated, and so many things happened at that time that made me introspective.

“At that point I went to God in prayers, during which I heard a voice that told me to read Isaiah Chapter 1, and when I got to verse 17, I got a message, ‘Defend the widows and fight for the fatherless. I then decided that, at 50, I will heed the command formally by launching a Foundation”.

On the journey so far, the erudite scholar observed: “The journey has been interesting, a bit challenging and experimental as we grow. However, God has been with us directing us on the path we take. And the milestones of BLF are the lives touched and putting smiles on the faces of the widows and orphans”. “At 60, I feel the blessing of God on me. I feel the presence of God. And I am grateful to Him.”

I need to divorce my wife to receive anointing from God, pastor tells court

Speaking on the activities of the foundation, Mr Patrick Akpala, a former director, Central Bank of Nigeria (CBN), and Chairman, Board of Trustees, BLF, stated, “The Foundation basically empowers widows by giving them an interest-free-loan, which, sometimes, the foundation had to repay, when any of the widows default.

“It is also noted that the Foundation’s other support programmes like the ‘Back to School’; education scholarship for widows’ children and orphans; emergency intervention for house rents; medical bills, legal issues and the annual end of the year welfare package.

“On the education scholarship, Victor Chinaka became the first child of a widow to win the Foundation’s scholarship for primary school. He is now embarking on scholarship to a university education in Canada to further his study. While, Olamide Ajayi, became the pioneer winner of the secondary school scholarship, when she was in JSS2, now she is a graduate of nursing from the University of Lagos (UNILAG).

“It is our mandate to sponsor any of our beneficiaries who wishes to get up the Ph.D. level. We will sponsor it”.

Related Topics:fight for the fatherlessSola Fosudo at 60: God told me to defend widows
Up Next