“While we have been busy campaigning across the nook and cranny of the state, Okorocha… is threatening everybody that he will… chase us away..

He spoke when 53 groups, including market women in the 27 councils endorsed him for governor.

“We are begging Okorocha to allow the people of Imo to elect who will be their governor. I urge security agencies to cut the excesses of the governor, else he will throw this state into chaos due to his ambition, because we will not fold our arms and allow Okorocha steal our votes. 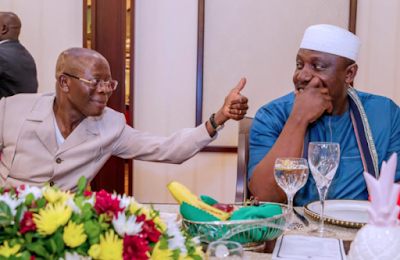 “When a governor starts acting like a rascal it is going to create crisis. We are ready to cast our votes and we are not afraid of anybody. We urge security agencies to be on the alert. We are not worried because I am going to win. We are glad that we have Federal Government forces that will provide security… So our people should go out and cast their votes and we will protect the votes,” he said
Track News