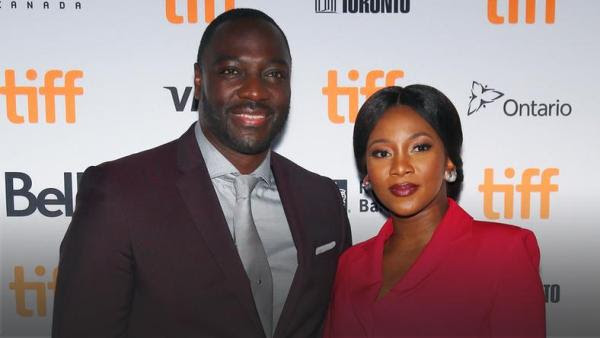 ‘Farming’ is based on the life story of Adewale Akinnuoye-Agbaje who grew up as a young fostered Nigerian boy that struggled to find an identity in 1980’s England.

It received its world premiere at the 2018 Toronto International Film Festival (TIFF) and its trailer is now released by the producers.

The plot of ‘Farming’ follows intriquing story of young Enitan (Akinnuoye-Agbaje) who was adopted by a foster British mother (Kate Beckinsale) as he struggled to cope with the harsh realities of racism at the time.

In a scene, the young Enitan tried washing off his skin colour after he was ridiculed for being too black by his adopted mum’s friends.

He went as far as painting himself white just to look and feel white and suffered several humiliations, but gradually falls deep into the bullish gang’s clique to become one of them.

Akinnuoye-Agbaje is a British actor and former fashion model was born in Islington, London, to Nigerian parents of Yoruba origin, who were students in the UK.

He is famous for his roles as Simon Adebisi on Oz, Nykwana Wombosi in The Bourne Identity, Kurse in Thor: The Dark World, Killer Croc in Suicide Squad.

He also played Mr. Eko on Lost, Malko in the fifth season of the HBO series Game of Thrones and Dave Duerson in the NFL biopic drama Concussion.

When Akinnuoye-Agbaje was six weeks old, his biological parents gave him up to a white working-class family in Tilbury.

It was a common practice then among Nigerian families, when parents sent young children to live in the UK with white foster parents in the hopes their children would have better lives.

At 8, his biological parents brought him back to Nigeria but, as he was unable to speak the Yoruba Language and forbidden by his parents to speak English, and was returned to Tilbury.

The brief exposure to Nigeria left him struggling to reconcile his heritage with the distinctly British culture and environment he was raised in.

As a young boy, facing a cultural identity crisis, he joined a local Skinhead gang in order to escape racial persecution at their hands until he came to terms with his background, turning his life around

Why I accepted post of commissioner after serving as minister –Prof. Viola Onwuliri

BENEFITS OF GINGER IN SHRINKING FIBROID

Adams Oshiomhole will eat his words in 2019 – Senator Kwankwaso

‘My waist beads saved me from rape in Lebanon’ – Rescued...

‘My waist beads saved me from rape in Lebanon’ – Rescued...