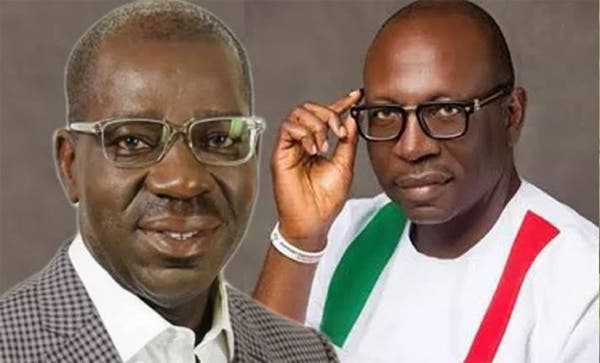 BENIN CITY______THERE is anxiety among members and supporters of Governor Godwin Obaseki of Edo State, the Peoples Democratic Party (PDP) and the All Progressives Congress (APC) and its candidate in the September 19, 2020 governorship election as the Federal High Court in Abuja would today (Saturday) rule on an alleged forgery and perjury case brought against the governor by the APC and a member of the party, William Edobor.

After an exchange of legal fireworks on the pre-election suits, the parties on Thursday adopted their written addresses and the presiding judge Justice Ahmed Muhammed fixed today for ruling.

A member of the PDP and associate of Obaseki told Saturday Vanguard yesterday that “everybody is waiting for today some of us are restless but we are confident because our legal team did a good job and from my view, they could not prove any case of forgery so we expect a favourable ruling” while a supporter of the candidate of the APC in the election, Pastor Osagie Ize-Iyamu and member of the party said “With what we have presented before the court, we are 99 per cent sure of victory”

The Edo State High Court sitting in Benin City and presided over by Justice Helen Courage-Ogbebor delivered the judgment last Wednesday following a suit brought by Sunday Kadiri from Ogbona ward, in Etsako Central Local Government Area of the state.

In a notice of Appeal marked B/358/2020 through his counsel, Ize-Iyamu prayed the Appeal Court to set aside the judgment of the Edo State High Court on the grounds that the suit filed by Kadiri is statute-barred, academic, and of no utilitarian value to him.

Citing relevant constitutional provisions, including precedents set by the Supreme Court in previous similar cases, he argued that “a pre-election suit becomes academic were the Defendants lost the election and fail to challenge the outcome thereof in an Election Tribunal.”

He said even though the case was statute-barred, the claimant also failed to prove his case beyond doubt and should be dismissed

Gov. Diri takes off BBN’s Nengi off as Face of Bayelsa Girl Child, replaces her with 1st class graduate