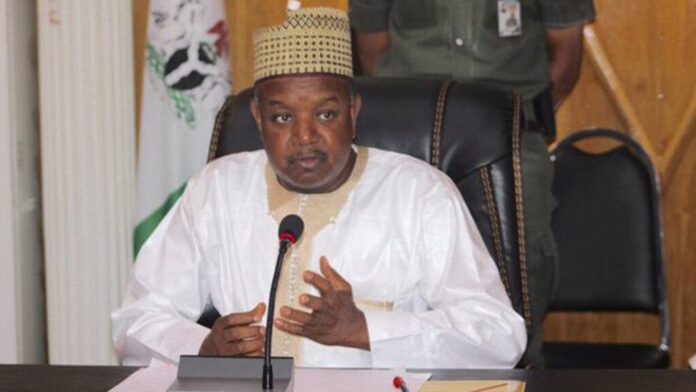 TRACKING____Kebbi Governor Alhaji Atiku Bagudu, on Tuesday, observed that Nigeria had always been disposed to maintaining peace with her neighbours, especially on thorny boundary issues.

Bagudu made the statement in Birnin Kebbi when he received a delegation of the National Boundary Commission (NBC), led by its Director-General, Mr Adamu Adaji, who paid him a courtesy visit.

He said that” Nigeria has always been her brothers’ keeper, even on issues that may likely end up in war. This is evident in the case of the transfer of Bakassi Peninsula to Cameroun and Nigeria ensured that the exercise was peacefully done, rather than going to war.”

He noted that border issues fell on the exclusive legislative list, hence was under the sole jurisdictions of the Federal Government, even though an effective interface between the three tiers of government could help achieve more satisfactory outcomes on such issues.

The governor said that this had become imperative because history had taught us that what normally caused conflicts were not big, but little incidences that often go out of hand.

Bagudu commended the President for sustaining the tradition of ensuring that peace prevailed between the country and her neighbours, pledging that he would mobilise the populace in Kebbi to ensure that lasting peace was achieved between the state and neighbouring Benin and Niger Republics, respectively.

Earlier, Adaji informed the governor that they were in the state for the continuation of talks between the country and the Benin Republic, on the planned construction of a bridge by the two nations on River Wara, along their common border.

Adaji said,” The meeting is aimed at strategising on how to successfully execute the project to the mutual benefits of the two countries.”