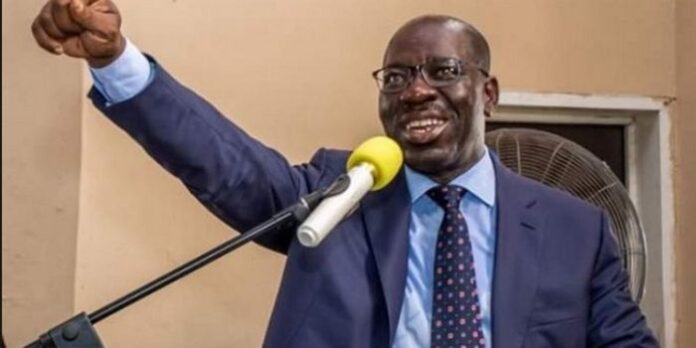 Justice Ahmed Mohammed delivered the judgment on Saturday in a suit filed by the All Progressives Party (APC) and a chieftain of the party, Williams Edobor, against the governor.

The APC and Edobor had filed the suit alleging that Governor Obaseki presented a forged certificate to seek re-election in the Edo State governorship election held on September 19, 2020.

According to the plaintiffs, the said document was purportedly issued by the University of Ibadan, while the governor presented same to Independent National Electoral Commission (INEC) which conducted the poll.

Before Justice Mohammed delivered the judgement in the suit, counsels to both parties in the matter had closed their cases after they presented witnesses and evidence to the court.

During proceedings on Thursday, lawyer to the Plaintiffs, Akin Olujimi, adopted his final written address.

He urged the court to affirm their position that the governor presented a forged certificate to the electoral umpire and was unfit to occupy the office.

This was, however, rejected by Governor Obaseki’s counsel, Ken Mozia, who asked the court to dismiss the suit over what he described as the plaintiff’s failure to prove their case.

A Dramatic Switch, Yet Same Result

Governor Obaseki contested and won the governorship election on the platform of the Peoples Democratic Party (PDP), in a bid to extend his stay in office by another four years.

Although he was elected into office for the first term on the APC platform, the governor later defected from the party after he was screened out from the party’s primary which saw Mr Osagie Ize-Iyamu emerging as the APC flagbearer for the election.

This came in the middle of a lingered dispute between the governor and his predecessor and immediate past APC National Chairman, Adams Oshiomhole.

After defecting from the APC, he got the PDP’s ticket and went ahead to defeat Ize-Iyamu for the second time to claim the governorship seat in what can be described as a dramatic switch of political parties.

Governor Obaseki had defeated Ize-Iyamu as the APC candidate in the 2016 governorship election while the latter was the PDP candidate.

Manufactures suffer decline in sales despite increase in production costs