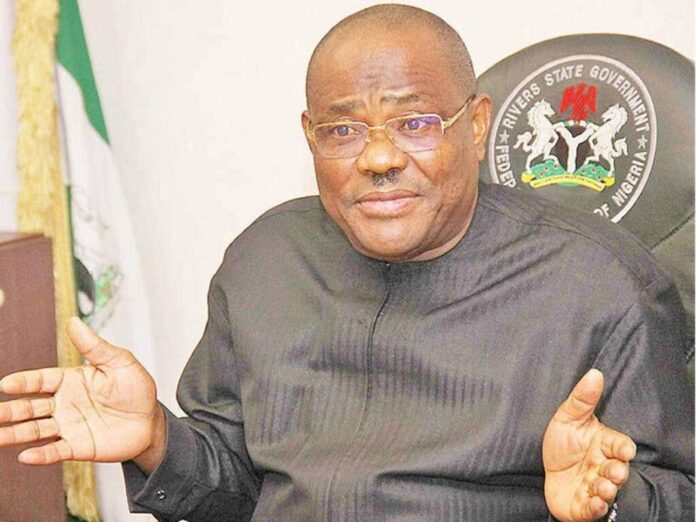 TRACKING____FEDERAL Government has refunded to the Rivers State Government the N78 billion the state spent on federal projects, Governor Nyesom Wike has confirmed.

The Governor announced, “Rivers people, the Federal Government has refunded us the money. I have not touched a dime yet and it is in the bank. I will use it for project execution.

“I kept it to tell those who are making noise to know that I am going to work till the last day in office. I will continue to work for the interest of our people. I’m not resting.
“They need to know that I will make sure what is supposed to be done for the people of Rivers is done. I will persist until we have improved and changed Rivers and bring it back to what it’s supposed to be.”

He boasted of having laid a solid foundation of leadership by completing all the projects he inherited from his predecessor and will complete all projects he initiated so his successor could have a smooth sail in initiating his projects and pursue them.

He said, “No matter the tactics they deplore, no party can take Rivers away from PDP. They have to convince the people why they need the support of Rivers people. It is already known, they have nothing to offer.

“We have something to offer and we have offered it to the people. They are angry that we are commissioning projects. Our business as a party is to make the other people have serious high blood pressure.

“Anywhere they are now crying that we are in every local government inaugurating projects. We are not vindictive. We are a government that carries everybody along.”

On his perception of who to support incoming Local Government (LG) elections in the state, Wike told the people, “Government is about what you can bring to your people. It is not what you will put in your pocket. People of Ikwerre LG and Isiopko, ask your people what they have brought back home for the good of the town.

Dr Peter Obi who inaugurated the road project noted that “Accountability in government is the most critical yardstick to determine good governance and to build the trust of the people. For recruitment into governance, competence capacity, and visible performance like we are seeing here today should be embraced.

“The reason why Nigeria is not working today is that people have been recruited based on sentiment and that has to stop because the country is collapsing.

“Every day you Nigeria is borrowing money, and when you ask they say it is being used for capital projects. Please, we want to commission those capital projects. Let them invite us to accompany them for the commissioning. So that when our children ask us about the borrowed money, we can point to the projects to answer them.”

Uganda Poll: US Vows Actions Against Those ‘Undermining Democracy’