Kogi: You Took The Palliatives But Want To Reject The Vaccine, Dino Mocks Yahaya Bello
Advertisement

Man Narrates How Police Extorted N200,000 From Him After Returning From Dubai 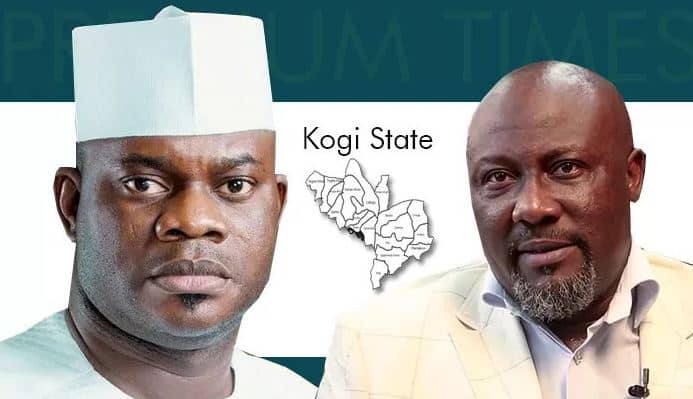 Former Kogi West Senator, Dino Melaye has taken a swipe at Kogi State Governor, Yahaya Bello as the state is the only one in Nigeria yet to receive its share of the AstraZeneca COVID-19 Vaccine.

Melaye in his submission, noted that if the state could share in the money and palliatives distributed by the federal government to cushion the effect of the pandemic, then there is no reason for it not to take the vaccine too.

It would be recalled the Kogi State Governor, Yahaya Bello has insisted that there is no COVID-19 in the state, adding that he won’t take the AstraZeneca/Oxford COVID-19 vaccine.

The Governor while speaking earlier in March, declared Kogi State has more important issues to deal with than subjecting residents to COVID-19 vaccination.

Governor Bello however added that he won’t stop residents who wish to be vaccinated if the federal government makes the vaccine available but personally, he would rather not make the people guinea pigs.

He made the declaration when he appeared on Channels TV ‘Politics Today.’

The leader of the Kogi lawmakers’ forum in the national assembly, Senator Smart Adeyemi also declared that lawmakers from the state have not reached a decision on taking the vaccine or not.

Later, the Federal Government also revealed that every state in the country has received supplies of the AstraZeneca COVID-19 vaccine except Kogi.

He stated that the delay was also due to the state’s concerns around the contradictory information about the vaccines.

Taking to his Twitter account on Sunday evening, Melaye said the Kogi government must take the COVID-19 vaccine since it collected palliatives and money from the federal government to ease the effect of the lockdown on its residents.

“Kogi Government collected covid 19 money and palliative from Federal Government and still have the guts to say no covid in Kogi State.”

“Since you collected money and palliative…una must collect vaccine tooo. Oyinara,” Melaye wrote.

Meanwhile, the National Agency for Food and Drug Administration and Control (NAFDAC) has warned Nigerians to be wary of the type COVID-19 AstraZeneca Vaccine being administered on them.

Addressing the nation in a statement made available to newsmen earlier, NAFDAC Director-General, Prof. Mojisola Adeyeye, said it became necessary for citizens to ensure that they are not being vaccinated with the fake version of the AstraZeneca vaccine.

According to her, the original Oxford Astrazeneca University vaccine had been contracted to India’s world largest vaccine manufacturer, Serum Institute of India (SIIPL), to produce in large quantity.