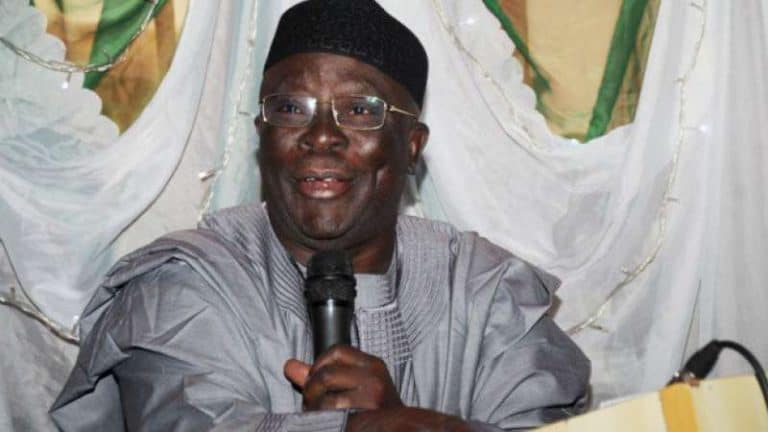 The apex Pan-Yoruba socio-cultural group, Afenifere, has the Minister of Defence, Maj.-Gen. Bashir Magashi (rtd), to resign immediately if they can no longer secure the country.

In an interview with Daily Trust on Monday, the leader of the group, Chief Ayo Adebanjo, also asked the new security heads to quit over the continuous security challenges facing the nation.

Adebanjo accused President Muhammadu Buhari of “shedding crocodile tears” on insecurity, saying he has not been firm in dealing with the perpetrators of insecurity.

He asked the president to allow governors to take charge of the security of their states, warning that issuing statements of sympathy after every attack was not the best.

The Afenifere leader charged the government to go if it can no longer provide insecurity. Adebanjo also challenged governors in the country to stop being political about the state of security and tell the President the truth.

He said: “What does the minister mean? What does he want us to do when he said Nigeria is in a critical situation? Is he not the minister of defence? The best thing for them is to go.

“Throughout the country today, if we are not living in denial, there is evidence to say the attackers are Fulani and those Fulani have not come out openly to say to the criminals amongst us, don’t give us a bad name. Stop it. They have not said that.

“It was the failure of security that gave rise to activists like Sunday Igboho and other secessionists across the country, adding that people were now resorting to self-defence.”

Related Topics:Resign If You Can’t Tackle Insecurity – Afenifere Tells Defence Minister
Up Next