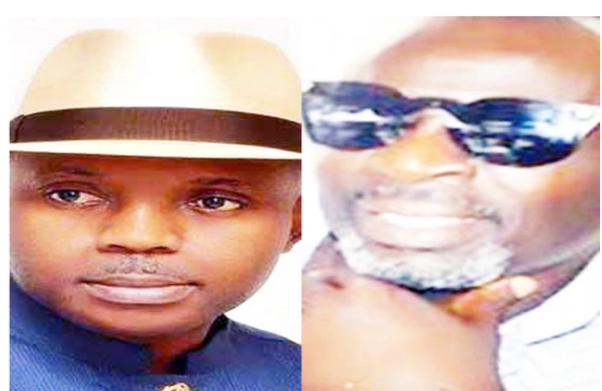 ASABA – The election controversy between Hon Nicholas Mutu, a member of the House of Representatives, and People’s Democratic Party, PDP, candidate and Mr Collins Eselemo, All Progressive Congress, APC, candidate over the 2019 Bomadi/Patani Federal Constituency in the National Assembly has taken another dimension.

Mutu, representing Bomadi/Patani Federal Constituency in Delta State, has reacted to allegations of forgery and impersonation being leveled against him.

Mr Collins Eselemo, candidate of the All Progressive Congress (APC) in the February 2019 general election raised the allegations.

The conventional and social media have also been awashed lately with allegations of certificate forgery and impersonation against Mutu, by his main opponent in the election.

Mutu, who contested and won on the platform of Peoples Democratic Party (PDP), described the allegations as frivolous and ill-motivated, adding that they were aimed at damaging his hard-earned reputation.

However, Mutu, in his reaction in a statement issued by his Media Adviser, Mr. Ebitimi Ogbomah, said all the allegations bordering on certificate forgery and impersonation had been “rubbished by the responses of the appropriate authorities, including all the schools he (Mutu) attended and the National Assembly, where he had been a member, courtesy of the good people of Bomadi/ Patani Federal Constituency, since 1999.”