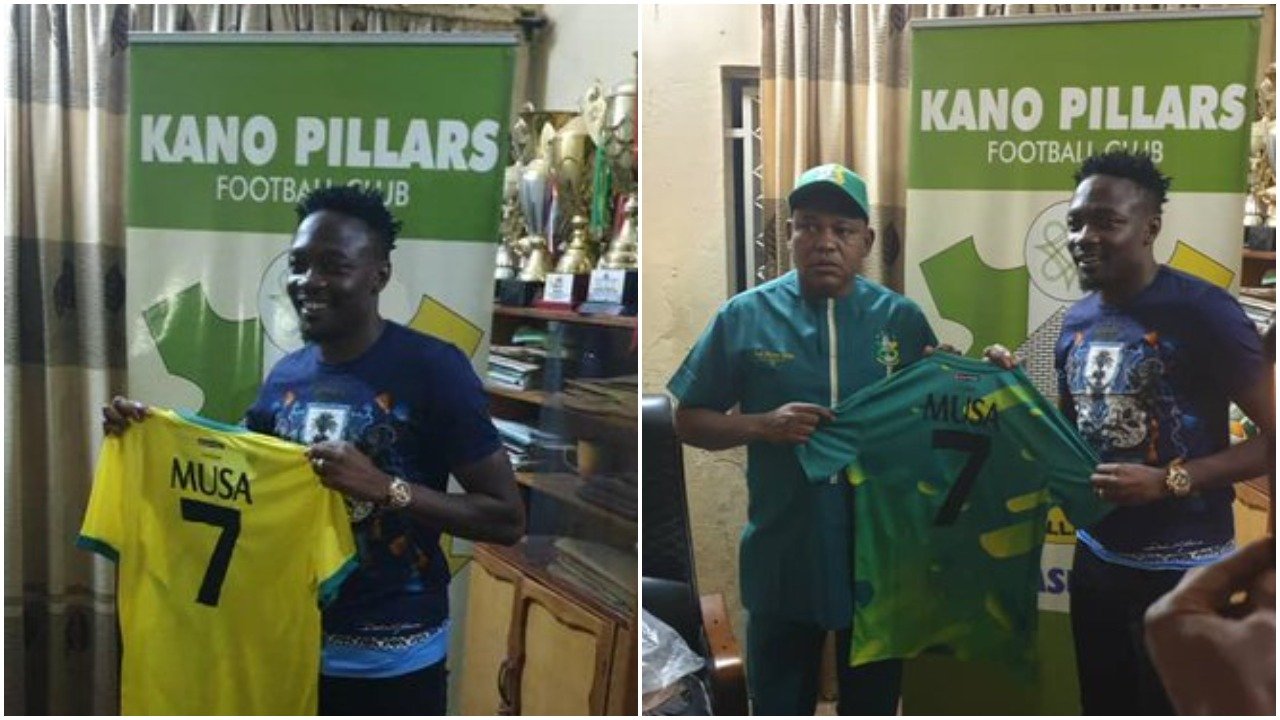 The 28-year-old professional player who has been a free agent since October 2020, when he left Saudi Arabia’s Al Nassr, will play free for the Nigerian local club, TrackNews Online understands.

Pillars had earlier confirmed that the Nigerian international had rejoined the club and will be playing for the team until the end of the season. The clause in the agreement signed by Musa permits him to leave the club when and if he can find a club in Europe.

A statement credited to Shehu Dikko, Chairman of the Elite Players Programme of the League Management Company, revealed that Musa will play free for his former local club until he decides to leave.

Speaking on the player’s signing clause, the LMC boss said the programme works in two ways.

“A club can identify and sign such players, or the LMC itself can sign the player and assign them to a club of their choice.

“It was the latter for Musa. We spoke to him about coming back home to play, and as someone who is always ready to give back, he did not hesitate,” Dikko told ESPN.

He added: “Once the agreement was signed, the choice of which club to play for was up to him. A number of clubs wanted him. We put everything in front of him and he made the decision to go to Kano Pillars.”

TrackNews Online understands that Musa who left the English Premier League club, Leicester City for Saudi Arabia’s club, Al Nassr in 2018, have won the Saudi Pro League title and Super Cup for the club before becoming a free agent in October 2020.

Related Topics:Ahmed Musa’s ‘Salary’ At Kano Pillars Revealed
Up Next

Chelsea Will Do Everything To Flog Manchester City – Hakim Ziyech

Ample Positives For Liverpool To Take Despite European Exit