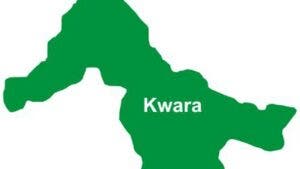 TRACKING____Seven gunmen, armed with cutlasses, suspected to be Fulani herdsmen have kidnapped a businessman and farmer in Oke-Onigbin, in Isin local government area of Kwara state.

Oke-Onigbin is the country home of the former governor of Kwara state and former Minister of Communications, Chief Cornelius Adebayo.

The businessman, popularly known as Alaga, has not been released by his captors at press time and nothing has been heard from them.

Vanguard reliably gathered that the businessman and his two aides were on their way returning home from their farm on Thursday evening around 7 pm when they were kidnapped.

Unknown to them, they ran into the ambush laid for them by the kidnappers on their return from the farm and a scuffle ensued.

While the scuffle lasted, the two aides escaped being kidnapped, but their boss was not lucky as he was taken away to an unknown destination.

The two aides who sustained several machete cuts, from the scuffle with the kidnappers however went to the hunters and other security agencies in the area to narrate their ordeal.

Vanguard gathered that immediately, the hunters and other security agencies in the area swung into action and began searching for him but to no avail.

Related Topics:Businessman kidnapped in Kwara by 7 suspected Fulani herdsmen
Up Next

Houseboy machete madam to death while asleep in Ondo