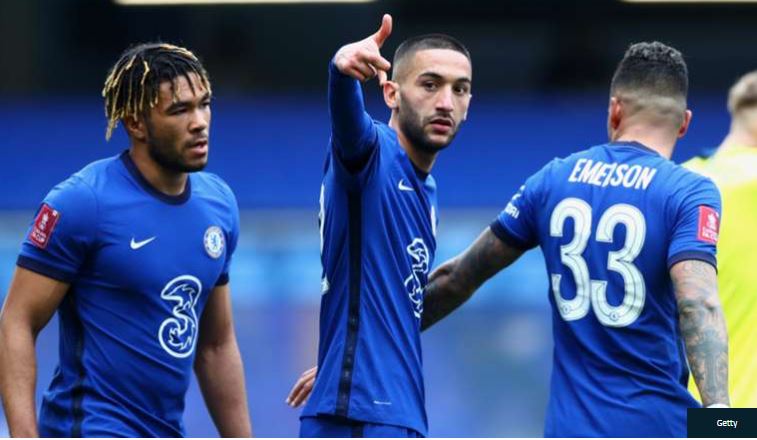 Hakim Ziyech has revealed Chelsea will do all it takes to secure victory over Manchester City in their FA Cup semi-final game on Saturday.

The winger has featured four times in the competition since joining the Blues from Dutch side Ajax last summer, scoring one goal and providing one assist.

After the victory over Crystal Palace and also advancing into the semi-finals of the Champions League at the expense of FC Porto, Ziyech hopes his side can continue their fine form by defeating the Citizens in the FA Cup last four.

“For us, it’s a nice week so far. I think we can finish the whole week with a good result again on the weekend and, hopefully, then we can say it’s a complete week,” Ziyech told the club website.

“I like to play the big games – I think that’s the same for every other footballer – but I just see them as another game. It’s a semi-final right now, we will do everything that is in our power to reach the final and how we do it doesn’t matter.

“They are leading the league and they are really impressive this season, the way they play. You can see they have individual players who can do crazy things. As a team, they can do a lot of things and it’s just the way of how they play football.

“I played them in January here and I think in the first half the game was already over. What I can remember is when they speed up the tempo, they are a difficult team to beat.

Related Topics:Chelsea Will Do Everything To Flog Manchester City – Hakim Ziyech
Up Next