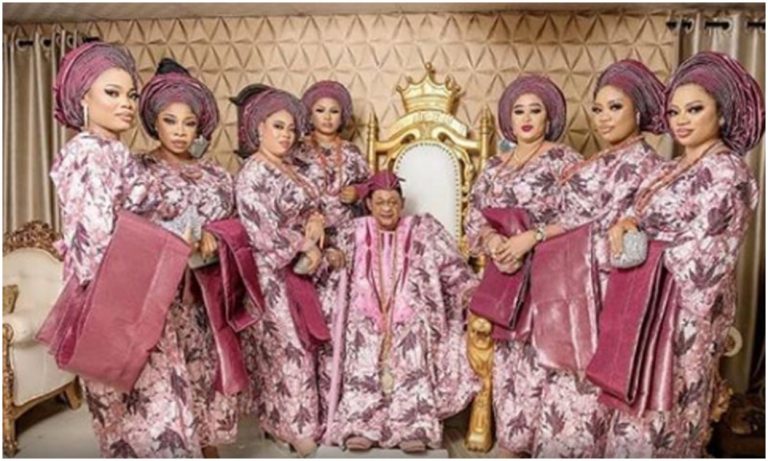 According to the popular blogger, Gistlover, the ‘last queen’ fled the palace the same way the Alaafin’s favorites younger wives left. Taking to Instagram, Gistlover wrote; ‘Another spanner lost as Alaafin of Oyo last wife also leaves the palace months after his two favorite queen left the palace and ran to Lagos, Details later” 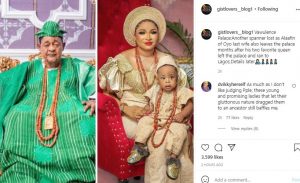 TrackNews Online recalls that Queen Anu allegedly left the palace in September 2020 when the palace authorities allegedly ill-treated one of the young queens, Damilola. The two queens were said to have fled to Lagos

The mother of two (set of twins), Queen Anu ignored Kabiyesi on his 82nd birthday celebration and didn’t send her usual birthday shout-out.

But she uploaded photos of herself and her children when they had their birthdays some days after.

Meanwhile, Queen Damilola has found her way back to the palace and has started posting photos of Kabiyesi with the usual eulogies accompanying such posts, Kemi Ashefon reports.

Now a model, brand ambassador and many more, Queen Anu, who is now based in Lagos has stopped dressing like a queen—she now wears hot pants and fitted tops and other sexy dresses.

Related Topics:Drama As Alaafin Of Oyo Last Wife Dumps Him Months After Two Of His Younger Wives Ran To Lagos
Up Next

SHOCKING!! Man Proposes To Girlfriend Who Slept With His Brother And She Said ‘Yes’ – Can You Do Such?

Boy Whose Mother Begged Bobrisky After Tattooing Him Speaks On Regret