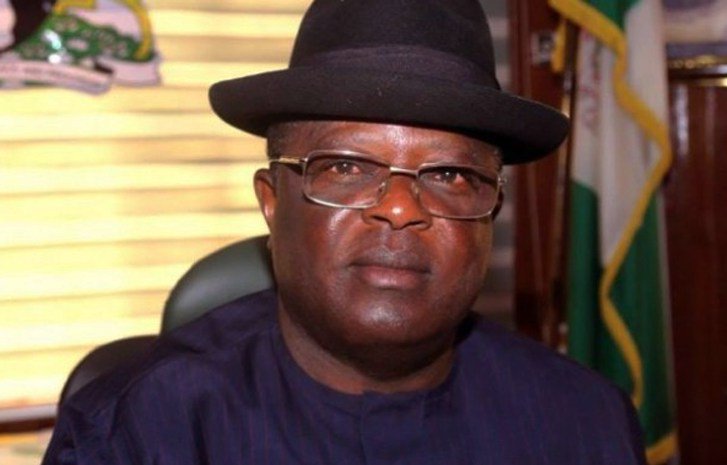 The Governor of Ebonyi State, Engr. Dave Umahi, on Tuesday escaped death when unknown gunmen stormed the site of the proposed Ebonyi International Airport after allegedly getting information that he might be visiting the place to inspect the level of work there.

TrackNews Online gathered that the gunmen stormed the airport site at about 3:30 p.m. but missed their target as the Governor failed to turn up.

A highly placed source at the Ebonyi State Government House said that the heavily armed men came on seven motorcycles and two vehicles. “On getting to the site, they opened fire but God averted their bullets from hitting the Commissioner for Infrastructure Development, Engr Fidelis Nweze, whom on suspecting the movement of the motorcycles, ran to the nearby bush and take cover, leaving behind his SUV Jeep.

“The gunmen then broke into the SUV and made away with the Commissioner’s laptop, architectural plan documents and money. They shot repeatedly on the air and took over the site for some time waiting for the arrival of the governor,” the source said.

After waiting for some time without the Governor arriving, the armed men left the scene and invaded a nearby commercial bank (name withheld) at Onueke, close to Ezaa South Local Government Area headquarters, where they robbed, leaving two policemen dead,” the source further revealed.

Reacting to the incident, Special Assistant to the Governor on Media and Publicity, Mr. Francis Nwaze, told Government House reporters that the attack was not directed at his principal. “The attack sincerely is not targeted at the Governor. The gunmen came on their own. Anybody linking it to the Governor is looking for another thing. As you know, this is politics anything can happen,” Nwaze said.

Related Topics:Governor Umahi escapes death as gunmen trail him to Ebonyi Airport site
Up Next