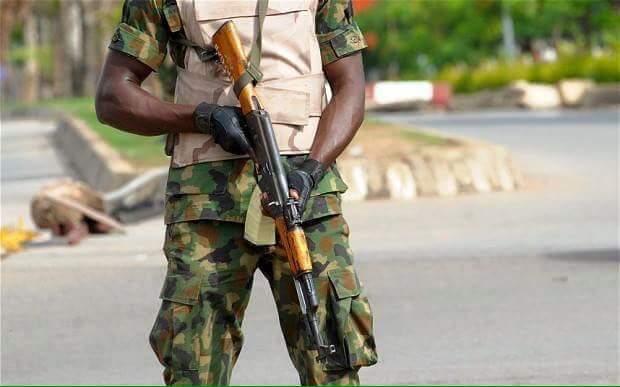 Two military officers have been killed by gunmen at a military checkpoint in Afikpo North Local Government Area of Ebonyi state.

It was gathered that the incident happened around 9pm on Monday.

A source that spoke with Daily Trust said, “The gunmen also carted away the riffles of the two dead soldiers.”

Another source disclosed that the gunmen opened fire on the military men when they were stopped for a search.

“It’s a very sad situation here. The gunmen came to the checkpoint at Timber Shade (boundary Ehugbo and Amasiri) in a white bus.”

“As usual, it appeared the military were checking them and all of a sudden, they opened fire on the officers. Two of the military men, a man and woman, died. Others ran away.

“The area is as quiet as the graveyard. These bordering villages used to be very busy and people here are farmers and traders,” the source added.

Related Topics:Gunmen Kill Two Soldiers In Ebonyi
Up Next