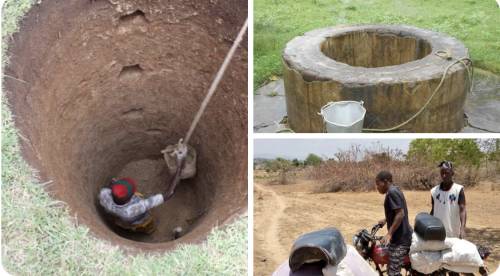 TRACKING_____The lawmaker representing Toro Federal Constituency of Bauchi state in the House of Representatives, Umar Muda Lawal, has disclosed that he is constructing 10 deep wells in some towns and villages in his constituency.

“This time we are going outside the box to construct 10 Deep wells in 10 rural towns and villages of Toro LGA. Because traditional wells are often more reliable and last longer than any modern small-scale water supply system. Most wells today are centuries old and still working.”

“For someone that has to go as far as 10 kilometres to fetch water, a single well close could mean the world. You may not appreciate it but we can’t stand and watch our people suffer. We are looking for ways to ameliorate their situation as we figure out a lasting solution,” the lawmaker tweeted.

TRACKNEWS recalls that dozens of persons have been arrested by security agents in a nationwide crackdown on suspected financiers and collaborators of Boko Haram and other criminal groups.

Related Topics:House Of Representatives Member Constructs ‘10 Deep Wells’ As Constituency Projects
Up Next

Sunday Igboho fears none, killing him will lead to chaos in Nigeria – Fani-Kayode