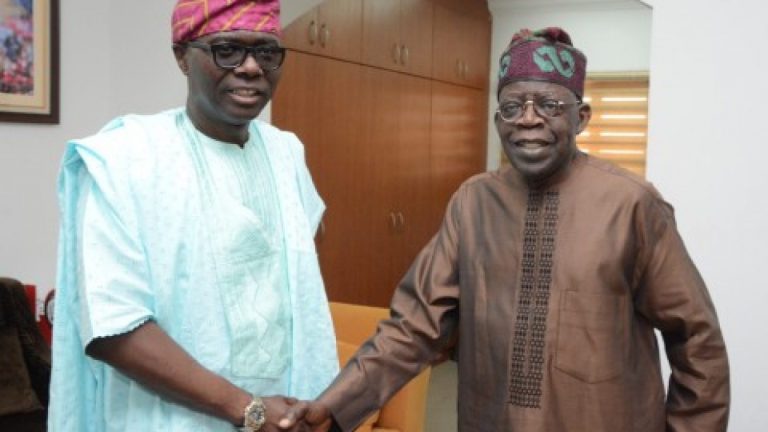 The Lagos Government has rejected claims that it is seeking to protect a former governor of the state, Bola Ahmed Tinubu, with the anti-graft law it recently signed.

Recall that Governor Babajide Sanwo-Olu signed a law establishing an anti-corruption agency with “exclusive” rights to probe cases of corruption that have to do with the state.

This news platform learned that the agency will take over cases relating to Lagos from agencies like the Economic and Financial Crimes Commission (EFCC) and the Independent Corrupt Practices and Other Related Offences Commission (ICPC).

But in an interview on Arise TV on Tuesday, Commissioner for Information, Gbenga Omotosho, denied claims that the law was enacted to protect Tinubu or any personality.

He described the claims as baseless and unwarranted, adding that they are a product of the fertile imagination of critics.

Omotosho noted that the law is to enforce accountability and deal with anyone dealing with the state’s funds.

He said: “The idea that the law is to protect either Asiwaju Bola Ahmed Tinubu or anybody is highly speculative, presumptuous, and in the conjectural imagination of anybody thinking so. It’s out of place for anybody to think that a law will be made because of a section of society or some personalities.

“That’s not the aim of the law. Mr Babajide Sanwo-Olu, the governor, said very clearly when he signed the law that he signed it for accountability so that people won’t misappropriate the state’s funds and get away with it.

“Why is it that people are talking about some personalities when you talk about corruption, they are not even talking about contractors who may go away with the state’s money without doing any job. There are many people who are supposed to be reined in through this law, not just some people.”

Related Topics:Lagos Govt Speaks On Protecting Tinubu With Anti-graft Law
Up Next

Kaduna Government Has Abandoned Us – Parents Of Afaka Students