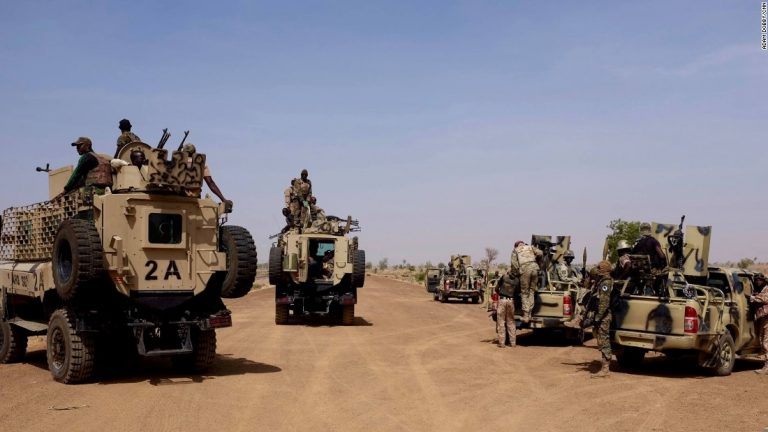 The Nigerian Army has shut down a military camp in Zazzaga community in Munya council area of Niger after another attack by bandits.

It was gathered that the military also launched a search operation with the support of the community youths for one missing soldier in the wake of the attack.

Recall that the gunmen in the early hours of Wednesday attacked the military camp in Zazzaga community and burnt down some vehicles.

The bandits engaged soldiers on the ground in a gun battle that lasted two hours.

A source said the bandits recorded heavy casualties with no Soldier killed in this latest attack.

The latest reports coming from the camp reveals that the soldiers moved out of the community in what the secretary to the state government, Ibrahim Matene, called a “tactical withdrawal”.

Hours after the soldiers moved out, bandits launched another coordinated attack on communities in the area, a source within the community tells Daily Trust.

Some 15 people were reportedly abducted in the night attacks, forcing residents to flee to neighbouring villages.

The villagers are reportedly to have all relocated from these communities, leaving only the youths and some men behind.

The source said the 15 people were abducted from Boddo village in the early hours of Thursday during the invasion.

When contacted on the latest incident, the Secretary to the State Government said the military camp was being closed temporarily for tactical reasons, stressing that the military has been stationed in the community for the past five years due to the notorious nature of the area.

He disclosed that Zazzaga community and other surrounding villages have remained entry and exit routes for the bandits before the soldiers were brought and stationed there, adding that the people have enjoyed a steady peace for the past five years that the military were there.

Related Topics:Military Shut Down Camp In Niger As Bandits Abduct 15 In Fresh Attack
Up Next

Why I Dismissed Motion On Pantami’s Sack – Gbajabiamila

No Money Was Printed To Support March Allocation – NEC