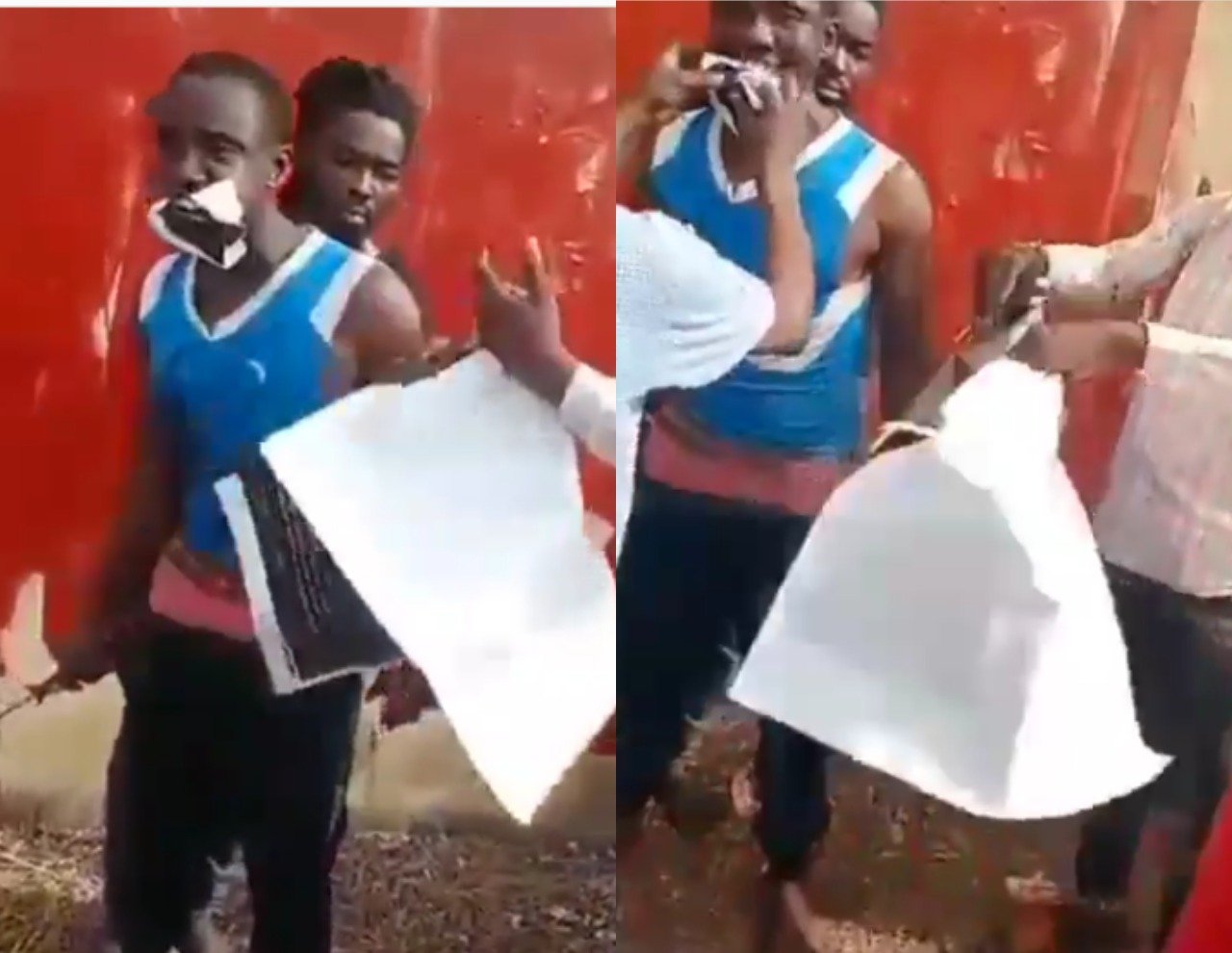 Nigerian youths have been forced to eat papers after they were caught pasting some posters with the inscription, “Buhari Must Go” on the streets of Kogi State.

In a viral video, the youngmen, two in number, were said be members of the #RevolutionNow movement, a group being led by former presidential candidate, Omoyele Sowore.

They were caught by an angry mob who forced the posters into their mouths.

The mob, in their numbers, scolded the two youngmen for allegedly being deceived by Sowore.

Sowore, a Nigerian activist and Publisher of SaharaReporters, has been active in the call for the resignation of President Muhammadu Buhari.

He has been organising rallies under the RevolutionNow movement, demanding Buhari’s resignation.

Sowore has also been arrested and detained by the President Buhari government on many occasions as a result of his call for revolution in the country.

Related Topics:Nigerian youths forced to eat ‘Buhari Must Go’ posters in Kogi [VIDEO]
Up Next

Boy Whose Mother Begged Bobrisky After Tattooing Him Speaks On Regret