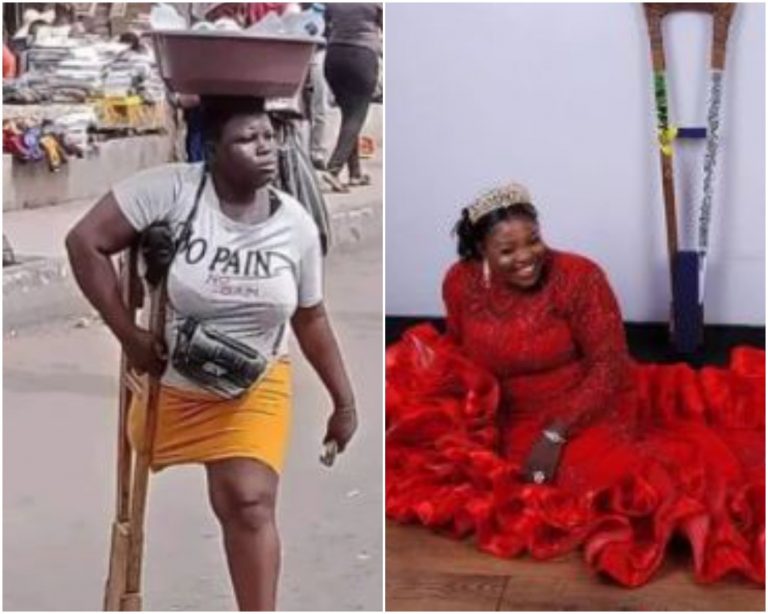 Nigerians on social media have reacted to the amazing transformation of Mary Daniel, a lady living with a disability, hawking sachet water around Bolade in the Oshodi area of Lagos despite her condition.

Naija News recalls that a kind-hearted Nigerian man identified as Ibitoye Ayodele saw Mary hawking sachet around Bolade market in Oshodi area of Lagos despite her condition and decided to help.

Ibitoye gave her some money and shared her story on his Twitter page. However, well-meaning Nigerians who saw the story decided to rally around and open the crowdfund her. According to the report, some funds have been raised and given to her so she can at at least start a business.

Speaking to Journalists, Mary Daniel narrated how her ambition of becoming a lawyer was cut short due to an accident she was involved in 2006.

In the new photos that have become an internet sensation since it was first shared on social media, Mary seems to have gotten the help that she needed as she looks gorgeous in the new transformative photos circulating social media . 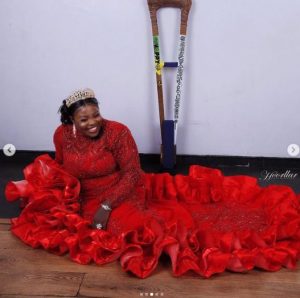 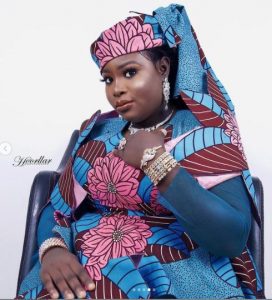 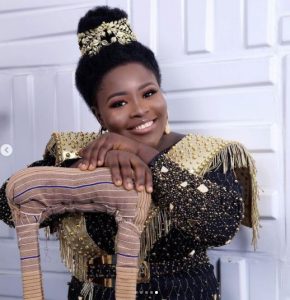 See some of the comments the photos generated below;

@naijagadgethub wrote; ‘These people have started , after using her for clout , they will now leave her’

@busayoofficial wrote; ‘They have started again o, using her to clout chase.’

@prime_heavenz wrote; ‘Beautiful, Truly the heart of Nigerians are pure but our government just dey paint us black out there’

@emperor_mike1 wrote; ‘Money is good The run-away baby daddy that stole her 500k will come back now begging and try to manipulate her again.’

faih_fah wrote; ‘It’s not all about photo shoot.. help them and change their life completely.’

Related Topics:Nigerians React To The Amazing Transformation Of Viral Amputee Lady Selling Water At Oshodi
Up Next