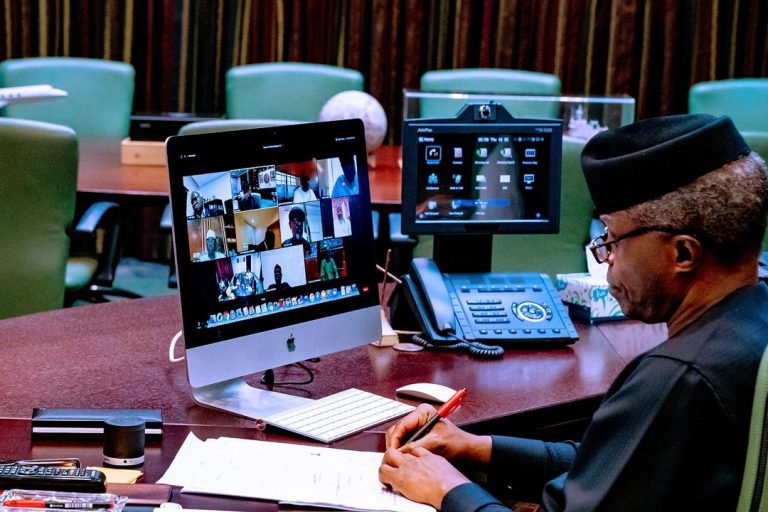 TrackNews Online reports that Obaseki had claimed that the federal government had to print money to give states as of March 2021 disbursements of the Federation Account Allocation Committee (FAAC).

The governor had insisted that Nigeria is in deep financial trouble, despite rebuttals from the ministry of finance and the Central Bank of Nigeria (CBN).

In a statement on Thursday, spokesman to Vice-President Yemi Osinbajo, Laolu Akande, said the council countered the claims by the governor at its meeting on Thursday.

According to the statement, NEC received presentations from Zainab Ahmed, minister of finance, and Kayode Fayemi, chairman of the Nigerian Governors’ Forum (NGF), during the meeting.

The council affirmed that “there was no printing of N60 billion or any other amount whatsoever to shore up allocation for the month of March.”

The statement said both Ahmed and Godwin Emefiele, CBN governor, informed the council that “the allegation of the printing of money to augment allocation was outrightly false.”

On the issue of security, the spokesman said the council unanimously affirmed the unity of Nigeria and said it would adopt the report of the national town hall meeting on national unity and security held recently in Kaduna.

Akande added that a national consensus would be reached on the recommendations including the adoption of state police, among other matters.

Related Topics:No Money Was Printed To Support March Allocation - NEC
Up Next