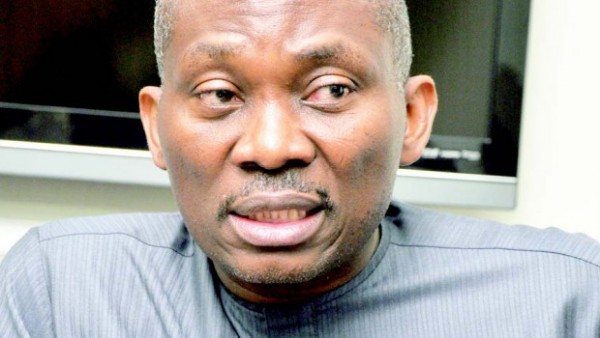 The Minority Leader of the House of Representatives, Ndudi Elumelu, has called on the House to demand the resignation or sacking of the Minister of Communications and Digital Economy, Isa Ali Pantami.

The call for the resignation of Pantami came following allegations that he was sympathetic to the cause of Jihadist leaders and deadly Islamic sects.

However, the minister has renounced the controversial comments, sting that they “were based on my understanding of religious issues at the time” and that he made those statements due to immaturity.

Speaking at the Plenary on Wednesday, Elumelu said:-

“Mr Speaker, I have a ‘privilege’ point of order under Order 6 Rules 1 and 2. My privilege bothers (on the issue of) one of the serving ministers called Sheikh Ali Isa Ibrahim Pantami.

“There have been insinuations that he has direct links and personally subscribes to the extreme Islamic beliefs of al-Qaeda, Taliban and Boko Haram sects. There are evidence, compelling, on the cyber space to buttress and lead strong credence to a relationship and existing mutual collaboration between him and terrorists”

The Speaker of the House of Representatives, Gbajabiamila, ruling on the point raise by Elumelu said;

“ think you came under the wrong order because you have not stated how your privilege has been breached. But your point of order is well noted. As you know, under privilege, we don’t debate such issues if it comes under privilege. Thank you.” 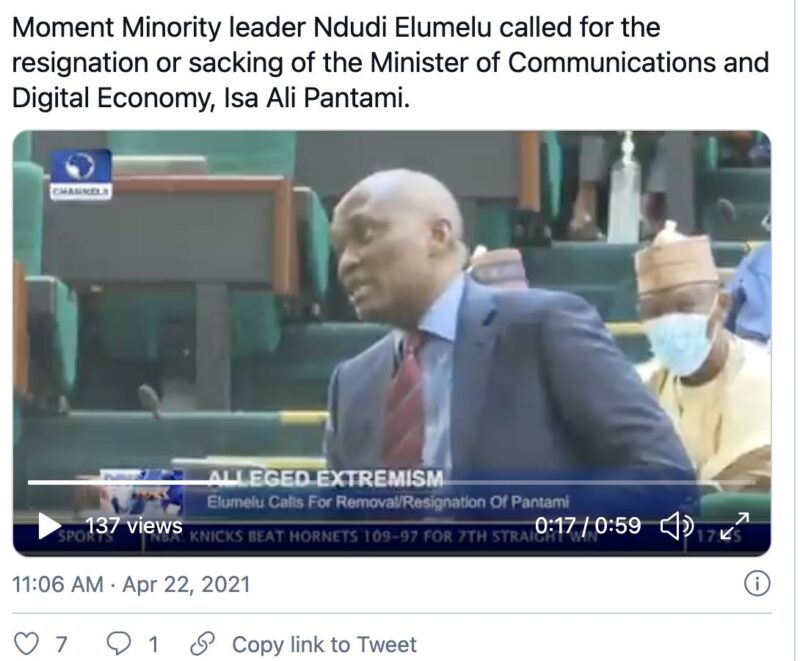 Related Topics:See The Moment Elumelu Called For Pantami ‘s Resignation
Up Next

Pantami: Buhari has no agenda to end Islamic terrorism in Nigeria – HURIWA