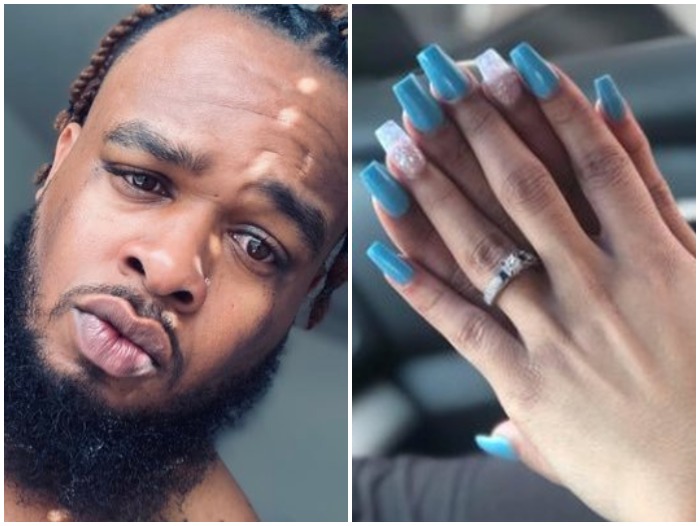 TRACKING____A Twitter user has expressed the excitement of getting a “YES” from his girlfriend who initially turned down his proposal because she thought she hadn’t forgiven her for sleeping with her brother.

The user who goes by the handle @PapaBareLaFlare said the trauma of getting to know that his girlfriend slept with his brother cleared off after he stayed in a mental facility for one month.

He added that he is glad that they can grow together so true love can win. 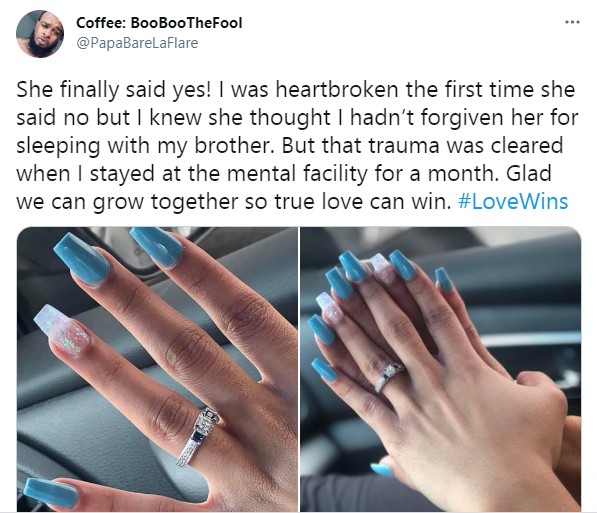 Can you imagine that?

Mehn, some people are so strong. I can never allow such a woman into my house again not to even say into my life again.

The man even replied someone that responded to his tweet saying what he did is trash and his response is cool still.

See what he replied someone with:-

“I think all the negative comments are disgusting…

One day y’all want black women to be loved and black families to stick together but I can’t forgive her for makin a couple mistakes with him? At least it’s my brother it coulda been my best friend. #LoveWins #SaveTheHate”

You all have seen what happened, it’s a very pathetic one and the only solution is the brother never to be in my surrounding again.

We have a question for you all 👇

If Your Girl Did Such With Your Brother – Would You Allow Her Go Or Still Keep Her?

Let’s hear from you all as regards this very serious issue.

Related Topics:SHOCKING!! Man Proposes To Girlfriend Who Slept With His Brother And She Said ‘Yes’ – Can You Do Such?
Up Next