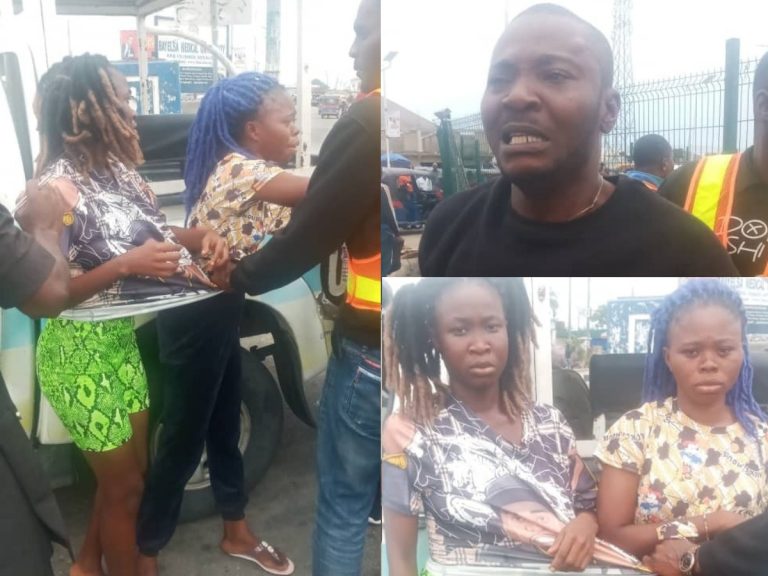 Two young girls alongside their accomplice have been arrested for allegedly robbing a teenager of N5000 in Bayelsa State.

TrackNews Online understands that the girls, Anna Samuel (21), Better Okorie (23) were apprehended by a vigilante group in the state for attacking and robbing one Boma Sunday of her money.

It was gathered that the third suspect who is a male, Godwin Sunday, led the two girls in an operation at Tombia Market in Yenegoa Local Government Area of the state on Wednesday, April 28. They, however, met their Waterloo after men of the local security group were alerted.

Reports made available to newsmen revealed that the 15-year-old victim was standing by the roadside close to the market, waiting to board a tricycle that would take her home after buying all she needed when the three-member gang accosted her and collected her money in broad daylight.

Narrating her ordeal, Boma said “After they collected the money I raised an alarm that drew the attention of the vigilante. I didn’t even know that they were around. It was at that point I saw them chasing the criminals and apprehended them close to the roundabout as they tried to escape.”

Confirming the arrest of the criminals, the chairman of the State Vigilante Service, Hon. Doubiye Alagba who spoke with newsmen, warn other criminals who operate within the Tombia roundabout axis and other parts of the state to choose a new leaf of life or face the full wrath of the law.

He said: “I am using this medium to call on members of the public to always be vigilant and security conscious of their environment at all times. It is only by so doing you can quickly notice the presence of criminal elements and avoid being attacked and robbed,”

Alagba added: “We have handed them over to Operation Dou Akpo, a special unit of the Bayelsa State Command of the Nigeria Police force for further investigations and subsequent prosecution.”