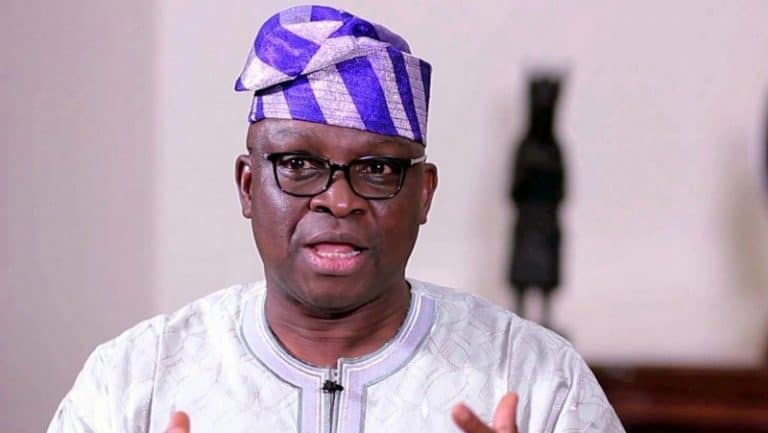 Former Governor of Ekiti State, Ayodele Peter Fayose, has stated that he won’t be approach the court to challenge the outcome of the Peoples Democratic Party (PDP) South-West congress.

TrackNews Online reports that the PDP stalwart stated this in a post on his Twitter handle on Friday.

According to the former presidential hopeful, PDP remains the only hope of Nigerians at large and it must be jealously preserved.

Fayose wrote: “Let all well-wishers of our party be assured that the Fayose Group in the South-West PDP that I lead by God’s grace, will stand by our words and will not challenge the outcome of the South-West Congress in the court.

“PDP remains our only hope and that of Nigerians at large. It must therefore be jealously preserved by our priceless sacrifice. This is our bond.

“Therefore, I make bold to say that Eddy Olafeso, myself and other leaders on this side will cooperate with Ambassador Arapaja’s team to make our party a success story in the Zone.”

He was declared the winner on Monday evening by the chairman of the Congress and Benue Deputy Governor, Benson Abounu.

Arapaja defeated Dr Eddy Olafeso in the hotly contested seat which is believed in political quarters to be a battle of supremacy on who controls the PDP party structure in the region.

While Arapaja is believed to have the blessing of Oyo Governor Seyi Makinde, Olafeso is understood to be the candidate of Fayose.

Related Topics:Why I Won’t Challenge PDP South-West Congress In Court – Fayose
Up Next