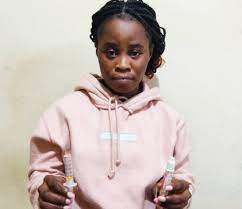 The Enugu State Command of the Nigeria Police Force has arrested a 29-year-old woman, identified as Nnenna Egwuagu, for the alleged murder of her three-year-old stepson, known as Wisdom Egwuagu.

TrackNews Online gathered incident reportedly occurred at Umulumgbe in the Udi Local Government Area of the state on April 9, 2021, when the suspect allegedly gave a poisonous substance to the child which reportedly caused his sudden death.

A statement on Friday by Daniel Ndukwe, the state Police Public Relations Officer, said the stepmother was arrested by operatives attached to the 9th Mile Police Division following a report to the police by her husband, Justine Egwuagu.

Ndukwe said, “Primary investigation shows that the suspect confessed to giving a noxious substance suspected to be an insecticide to the child.

She claimed her action was due to her husband’s inability to take care of her and their daughter; and that she wanted the child to become sick so that her husband could spend money to treat him. The child was confirmed dead in the hospital and his corpse deposited in the mortuary for autopsy.

Related Topics:WOMAN ARRESTED OVER ALLEGED POISONOUS OF THREE YEAR OLD STEPSON
Up Next