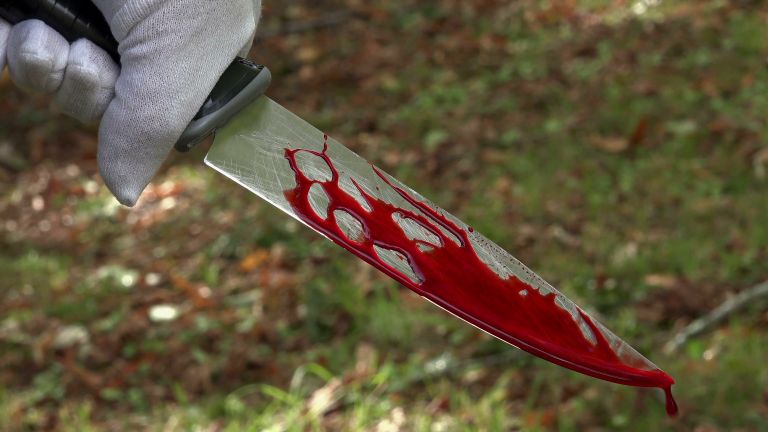 Bayelsa State Police Command has arrested a woman identified as Arugu Chidinma Benedicta for allegedly killing a young boy in Okaka over a lingering dispute with his grandmother.

TrackNews understands that chaos broke in the Yenagoa suburb on Tuesday (today) after the cruel woman attacked the deceased’s house to challenge his grandmother over an undisclosed issue between them.

It was gathered that Joseph Thomas, 14, was preparing to go to school when the knife welding woman stormed their house ranting at his grandmother. The incident was said to have happened some distance away from a federal Correctional facility in the area.

After a few minutes of a heated argument, Benedicta reportedly attacked the innocent boy who was coming out of the house and stabbed him on the upper part of his shoulder and chest.

TrackNews understands that Thomas who was in his JSS1 at the Government Science and Technical College, Okaka met his death right before his grandmother. Though he was immediately rushed to the Federal Medical Centre in the region, Thomas was confirmed dead a few minutes later.

Angry residents were said to have descended on the woman but were stopped by the police who arrived at the scene before they could carry out jungle justice on her.

When contacted, the Spokesman of the state police command, Asinim Butswat said; “the suspect one Arugu Chidinma Benedicta stabbed one Joseph Thomas 14 years with a knife, the victim was rushed to the Federal Medical Centre where he eventually died.

“The suspect was mobbed before the arrival of Police. She was however rescued by the Police and she is receiving treatment at FMC.”

Related Topics:Woman Stabs 14-Year-Old Boy To Death While Fighting His Grandmother
Up Next