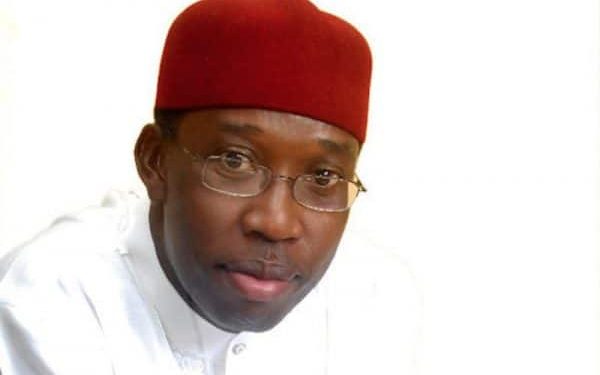 Ahead of the 2023 general elections, the Urhobos and Ijaws ethnic nationalities in Delta State have stepped up mobilization to take over power from the incumbent Governor of the State, Dr. Ifeanyi Okowa, an Anioma from Delta North Senatorial District, at the expiration of his tenure.

To this end, the political class and other critical stakeholders from both the Urhobos and Ijaws of Delta State held parallel consultative meetings on Saturday, at different fora, where they perfected their respective strategies on how to produce the next Delta Governor, come 2023.

The Urhobos under the aegis of Delta Central – 2023 (DC-23) sociopolitcal forum besieged the Conference Centre of the Petroleum Training Institute (PTI), Effurun in Uvwie Local Government Area while the Ijaws drawn from across communities in Patani, Bomadi, Burutu, Warri South West, Warri South and Warri North Local Government Areas converged on a private hotel in Warri to strategize on their respective gubernatorial plans for the next political dispensation in the State.

Inside sources held that both the Urhobos and Ijaws of Delta State are claiming that on the expiration of the tenure of incumbent Governor Okowa, it is their respective turn to produce the next Governor of the State.

Speaking at the gathering of the DC-23 which also featured the inauguration and swearing in of the forum’s Board of Trustees and National Executive Council, a former Minister of Information, Professor Sam Oyovbaire justified their clamour saying itvis wellbdeserved.

Oyovbaire remarked that the issue of power rotation or zoning has always been an unwritten constitution in the national polity.

“The issue of power rotation or zoning or Federal Character has always been there, as a basis for us to learn how to manage one another as people, to ensure equity, fairness and social justice irrespective of our different ways”, the former Minister said.

According to Professor Oyovbaire who was the Chairman on the occasion, under the principle of zoning or power rotation “it is a basic understanding that the Governorship of this State (Delta) should go round Senatorial Districts”.

“We did not start rotation or zoning on ethnic ground”, he explained.

Professor Oyovbaire applauded Senator Ighoyota Amori, the Convener of the DC-23 forum for the initiative, describing it as a patriotic and noble move to further grow democracy and sociopolitical development in the State.

While counselling that membership of DC-23 be made an all-inclusive forum to all stakeholders in the Delta Central Senatorial District irrespective of their political affiliations, Professor Oyovbaire also emphasized the desirability of forming alliances and building bridges with the other ethnic groups and Senatorial Districts across the State through persuasion and dialogue, to achieve the set goal.

“We cannot take other Senatorial Districts for granted”, he stressed.

In his acceptance speech, the national Chairman of the newly-inaugurated DC-23, Senator Amori clarified that the forum is not a political party “but it is a political pressure group within the Peoples Democratic Party (PDP) in Delta State with a single objective of delivering on the Governorship Project in 2023”.

Meanwhile, the convener of the Ijaws assemblage, former Minister of Police Affairs, Alaowei Broderick Bozimo, has affirmed that their meeting was promulgated as result of the forthcoming 2023 governorship election and the need for ljaw nation to produce the next governor of Delta State.

Bozimo said, “Delta State belongs to all of us, and the ljaws have the right to become governor. This is our time, let’s unite ahead to form a formidable team to battle for the seat of government. Thank God our Governor, Dr. Ifeanyi Okowa has said, it is only God that can determine who will succeed him in 2023. Let’s unite and hold unto God seriously, with God all things are possible”.

The President of ljaw National Congress (INC), Prof. Benjamin Okaba, in his contribution, hailed the move to bring Delta ljaws together to brainstorm on the ways ahead submitting that “Delta ljaw Governorship come 2023 is a divine mandate”.

A communiqué issued at the end of the Ijaws consultative meeting and jointly signed by Alaowei Broderick Bozimo, Chief Godspower Gbenekama and Elder Edmund Tiemo resolved that in the spirit of fairness, equity and brotherhood, the other ethnic nationalities of Delta State should support a candidate of Ijaw extraction to become the Governor of Delta State in 2023.

While urging Ijaws to work in collaboration with other ethnic nationalities in the State to achieve the resolution to produce the next Governor of Delta State, the meeting commended the incumbent Governor Okowa for his strides in the infrastructural development of Delta State and his vision to build a stronger Delta State.

It called on Ijaws to continue to support the Okowa administration while cautioning the youths to remain calm and maintain the existing peace in the State.

The Ijaw meeting also noted that even though there was no agreement on power rotation, all the three Senatorial Districts have produced the Governor of Delta State.

Related Topics:2023:  UrhobosIjaws mobilize to take over power from Okowa in Delta
Up Next