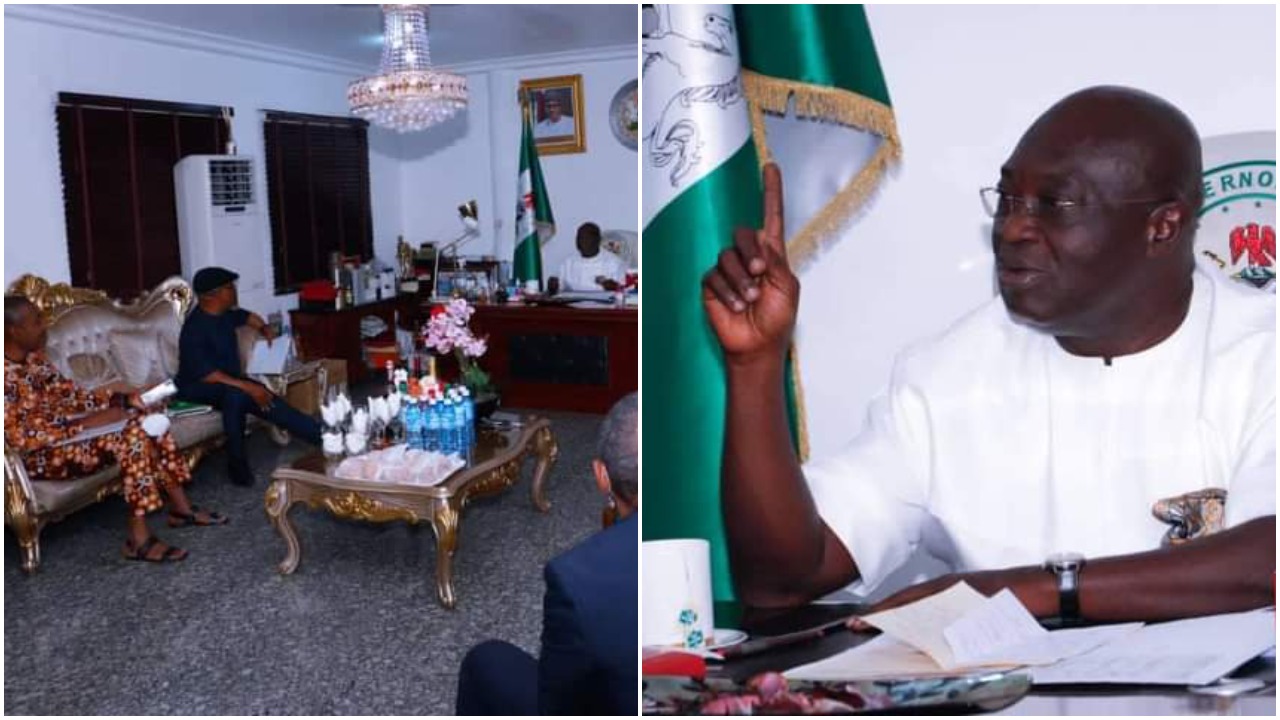 Governor Okezie Ikpeazu of Abia State, on Monday, met with members of his cabinet in Aba on Monday to deliberate on additional measures needed to ensure protection of lives and property in the state following recent attacks on police stations by yet to be identified hoodlums.

Briefing newsmen after the meeting which was attended by the Deputy Governor, Rt Hon Ude Oko Chukwu, and other members of the state executive council, the Commissioner for Information, Chief John Okiyi Kalu, stated that the state government was set to organize a security roundtable involving key stakeholders in the state to review the prevailing situation and recommend measures to further improve security in the State.

According to him, the roundtable which is expected to last for 36 hours, will hold in Umuahia the state capital, and is expected to bring together serving and retired security officers of Abia origin, Chairmen of Local Government Areas and Traditional Rulers with a view to recommending lasting solutions to the challenges of insecurity affecting the state in particular and the nation in general.

According to him, “the Governor prefers to manage security issues proactively and he is ready to do whatever is necessary to protect law abiding citizens as well as visitors to the state”.

On when the current curfew regime in the municipal and other vulnerable local government areas of the state will be lifted, the commisisoner assured that government was continuously reviewing the situation and will lift the curfew as soon as security improves.

He appealed to the people of the state to comply with the curfew and give information to security agents that could enable them end the spate of attacks which he described as sad and unfortunate.

Chief Okiyi also informed that the Governor has set up an inter-ministerial implementation committee to midwife the early realization of the dry port project in Isiala Ngwa North LGA under the supervision of the office of the Deputy Governor.

Related Topics:Abia’s Ikpeazu meets with cabinetplans security roundtable
Up Next