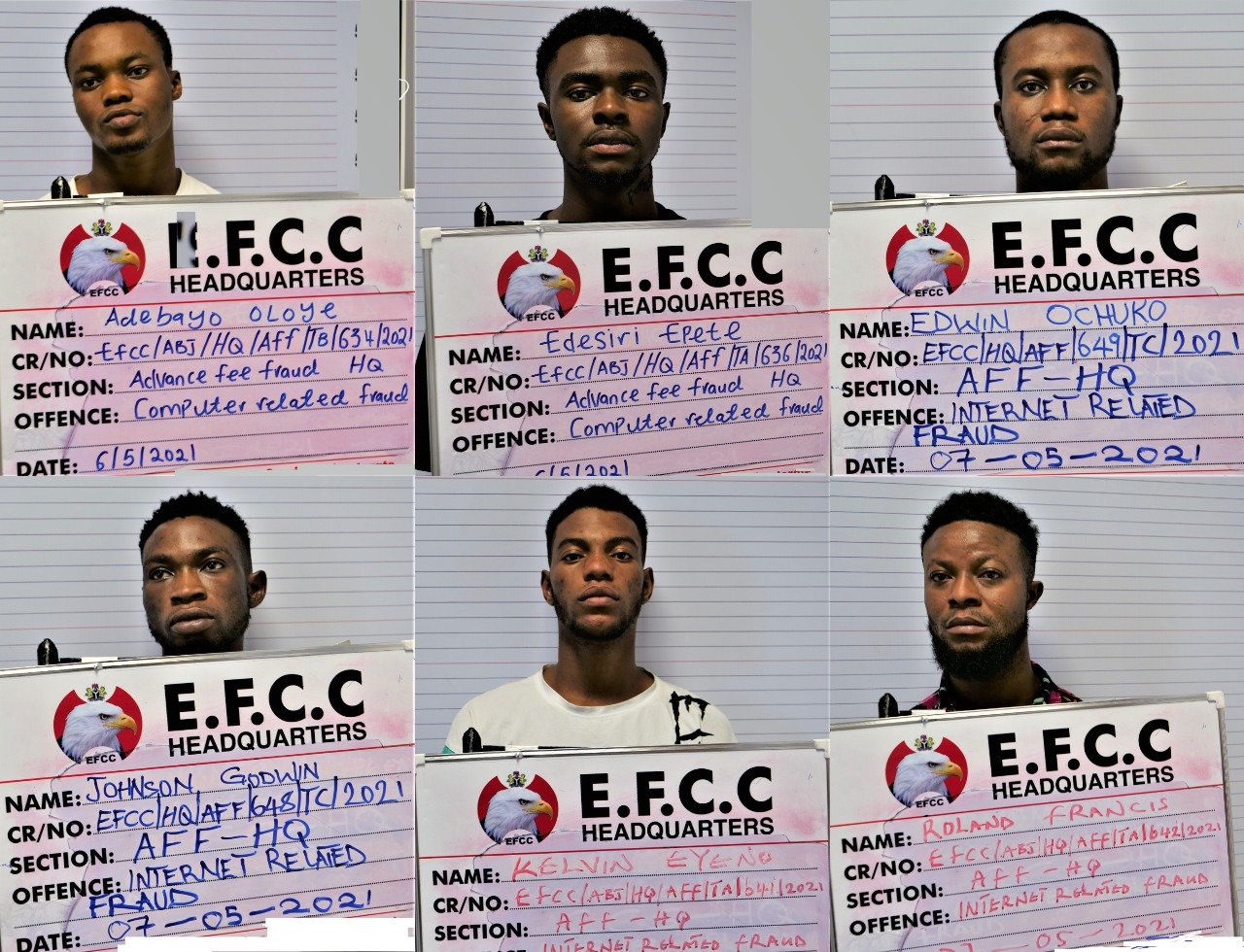 The Economic and Financial Crimes Commission (EFCC) has announced the arrest of six suspected internet fraudsters in Abuja.

A statement by EFCC spokesman, Wilson Uwujaren, confirmed five were arrested between May 5 and 7, 2021 at a hideout in Shimex Estate, Pyakasa.

One other was arrested at Queens Estate, Gwarimpa. They were nabbed after intelligence on their alleged involvement in cybercrime.

EFCC said their lifestyle, which was not supported by any legitimate means of livelihood, gave them away.

Uwujaren disclosed that preliminary investigation indicated the suspects were involved in romance scam on social media.

The suspects, EFCC added, have made useful statements and will be charged to court as soon as investigation is completed.

Related Topics:Abuja: ‘Lifestyle exposed them’ – EFCC arrests 6 for internet fraud
Up Next