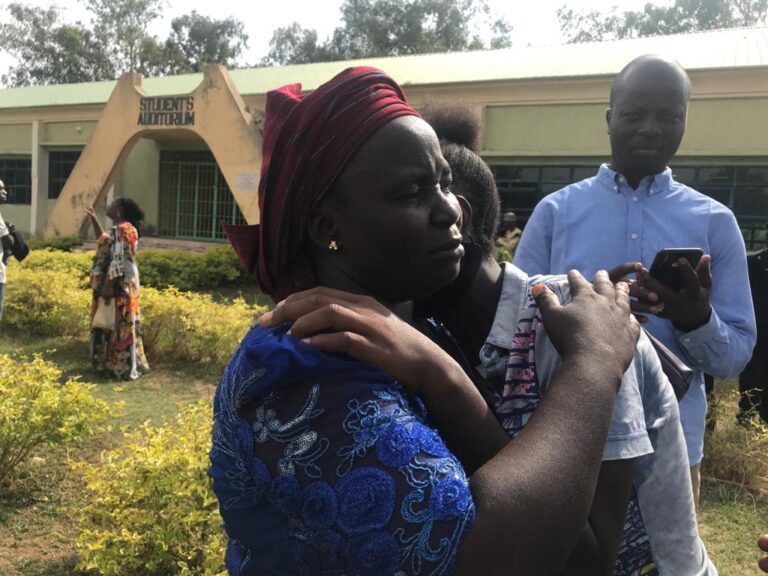 The 27 students of Federal College of Forestry Mechanisation, Afaka, Kaduna State who recently regained freedom from bandits captivity were said to be sexually molested.
A parent who spoke to TrackNews Online in tears said that some of the male victims were homosexually molested and disfigured by the bandits while in their captivity.

She said it will take some of the victims’ students many years to put the inhuman treatment and abuse behind them.

The woman who could not reveal the identity of her child lamented that even the male students were seriously molested sexually.

“You know what, from what they said, you cannot say no to them. On daily basis they were having s*x with the male and female students of their choice even with severe injuries been sustained”, she regretted.

She added, “You need to hear from them. It’s pitiful and an experience that nobody would like to share. Some of them said they prefer to cease to exist at a point. They were taking them out one after another without their conscience and using them. But we thank God,” she lamented.

It would be recalled that the Afaka 27 students spent over 56 days in captivity with hard labour and set free last week.

Although, none of the victims’ students confirmed the allegations of sexual molestation, during interviews with journalists in the college premises when released.

Related Topics:Afaka Students Were Sexually Molested By Bandits – Parent
Up Next

Why Call For Constitutional Conference By Southern Governors Is Unnecessary – Ozekhome