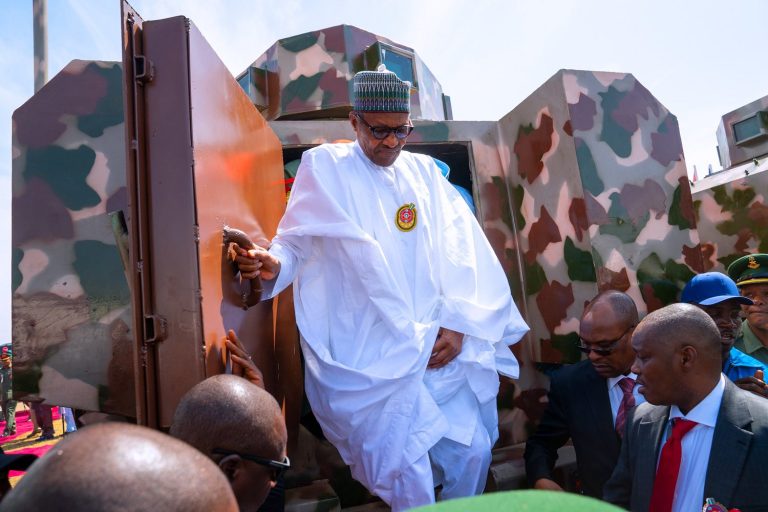 Some aggrieved soldiers have rejected an alleged plan by the leadership of the Nigerian Army to make some monthly deductions from their salary.

According to the soldiers in an open letter written to President Muhammadu Buhari, there is a plan to deduct some amounts of money from their salaries on a monthly basis for a proposed Nigerian Army Welfare Housing Scheme (NAWHS).

They however described the scheme as a fraud and an attempt by the Army authorities to further impoverish them while they continue to live large.

They want President Buhari and the National Assembly to prevail on the Chief of Army Staff, Lt-Gen Ibrahim Attahiru to drop the proposed scheme and if he wants to continue with the plan, it should be optional and not compulsory.

The letter reads in part: “On behalf of the entire Non Commissioned Officers (NCO), and the Senior Non commissioned Officers (SNCO), we write to reject the proposed plan of the Nigerian Army to further increase their tempo in a way of continuous swindling and to put us and our family into persistent suffering of hunger and starvation.”

They said following the high rate of inflation, it has become difficult for the NCO and the SNCO to feed their families or pay school fees from their meager salary.

“Yet, the Nigerian Army have devised a means of taking or collecting it back from us the Scarce Skill Allowance (SSA) under the guise of a useless, fraudulent and so called Nigerian Army Welfare Housing Scheme (NAWHS).

“It is pertinent to note that the Army cannot exist or stand in the absence of the NCO and the SNCO, but the Army can stand or exist and function effectively without the commissioned Officers.

“This is to say that, the SNCO and the NCO are the pillars or the Nigerian Army and without them the NA cannot exist and yet, there suffer the most.”

“After this deduction, they still want us to feed and also buy our military uniforms from the remaining change.

“The officers of the NA are happy seeing us the NCO and the SNCO suffering all the days of our life, there can never and will never come up with a good plan that will ever benefit the other ranks instead, they prefer to cheat without regards to our suffering.

“We are using this medium to call on the Federal Government, the House of Representatives, the Senate and all other stakeholders to come to our aid and stop the Army under the leadership of Lt Gen. IBRAHIM Attahiru from the proposed fraudulent plan. And if there must continue, it must not be compulsory”.

But when contacted, the Director Army Public Relations Officer Brigadier General Mohammed Yerima, said there is no such thing as Nigerian Army Welfare Housing Scheme.

According to him: “We don’t have anything like that but I’ll read it.”