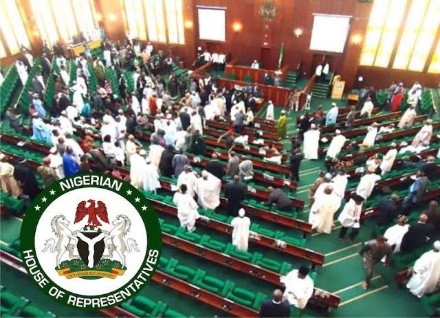 The Integrity Youth Alliance has condemned the House of Reps attack on the Nigerian National Petroleum Cooperation and its Group Managing Director, Mele Kyari.

In a press release on Thursday in Port Harcourt Rivers State signed by the National Coordinator of the Alliance, Kelvin Adegbenga, he said rather, the House of Reps is the one causing problem for the country.

“We wish to remind that House of Reps that the NNPC signed Production Sharing Contracts with Addax Petroleum in 1998, on on OMLs 123/124 (formerly OPL 98) and 126/137 (formerly OPL 118) under the Petroleum Act, with oil reserves of over 450 million barrels of oil and 5 trillion standard cubic feet of gas. The argument is that Clause 19 of the PSC clearly spells out the ground for the termination of the PSC by the Concessionaire (NNPC), including a default in the performance of material obligation; assignment of the contractor’s rights and interests under the contract without written notice and prior written consent of NNPC, insolvency or liquidation, the statement said.
“The Production Sharing Contracts is essentially a contract between the Concessionaire (NNPC) and the Contractor (Addax) and that the regulator (DPR) was never a party and therefore lacked the powers to terminate the contract.
The Alliance further said if not for the intervention of President Buhari approved the restoration of the permits on the OMLs to the NNPC and by extension, Addax Petroleum, only God what the diplomatic implications would have been by now considering the fact that the Chinese government is assisting the Federal Government in undertaking several infrastructural projects across the country.
While the NNPC, which Addax was directly partnering in the PSC, it was learnt, was not in the know of the processes leading to the cancellation of the leases, the president, the source said, also considered the legal implications if the matter eventually ended in the court.
The Alliance further said that the revocation was not done with any consultation with the direct party, the NNPC; which made it a big blunder because Addax do not have any contract with the DPR, but with the NNPC.

“It is the NNPC that should have communicated to Addax as contractor to say we are terminating this contract and there are steps to it, the statement said.

“We must commend the commitment of President Buhari to the rule of law and sanctity of contracts.”

“There is no doubt that the restoration of the blocks to NNPC will boost the Corporation’s portfolio, thereby making the NNPC to, in the long run, boost its crude oil production and in turn increase the revenue it generates into the federation account.

“The allegations by the lawmakers that the GMDs recurring refusal to appear before them when summoned has been the problem of Nigeria is completely baseless as we have witnessed the GMD and its management team appearing before the National Assembly several times.

“It is on record that the Nigerian National Petroleum Cooperation GMD, Mele Kyari on the 9th of March, 2021 appeared before the House of Representatives Committee on Public Accounts, statement said.

The Lawmakers should allow the Nigerian National Petroleum Cooperation and its Group Managing Director, Mele Kyari continue with its transparency and accountability process of the oil and gas sector, which has earn the Corporation many awards and commendation including from the Department of States, the statement concluded.

Related Topics:Alliance Tackles House Of Reps Says Nigerian National Petroleum Cooperation Is Not Causing Problems In The Country
Up Next