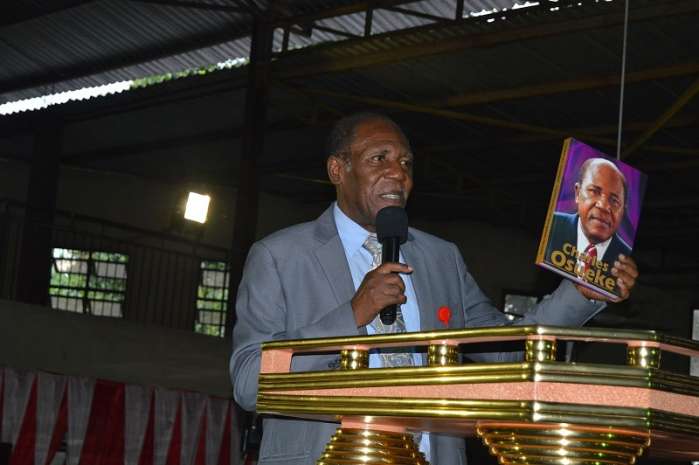 Former General Superintendent of the Assemblies of God Nigeria, the Rev. Dr Charles Osueke, is dead.

Former General Superintendent of the Assemblies of God Nigeria, the Rev. Dr Charles Osueke, is dead.

The late GS who led the church for 22 years as GS before his retirement in November 2010, died in the early hours of Thursday according to a source close to the church.

The source said the 79-year old preacher was hospitalized sometime last week following ill health but was later discharged from the hospital.

According to the source, the late cleric had his night devotion as usual on Wednesday night before going to bed but could not make it in the morning as he passed on later.

Confirming the news of his demise, a former Executive Council member of the church, the Rev. P. K Emeaba, when contacted, told our Correspondent that he just arrived at the Enugu residence of the former GS to condole with the family.

He said he (Osueke) was reported sick a few days ago and taken to the hospital but discharged two days ago, adding that upon the receipt of the sad news he left Okpoto where the church leaders had gathered for a summit, to commiserate with the family.

Some of his major achievements as the General Superintendent of the Assemblies of God Nigeria include the launch of the Decade of Harvest which resulted in great missionary work and revival across Nigeria, Evangel University, Evangel Camp Okpoto, Peniel annual convention of the church, among others.

He is survived by his wife, Rev. Mrs Blessing Osueke, three children and many grandchildren.

Related Topics:Assemblies of God former superintendent Charles Osueke passes on
Up Next