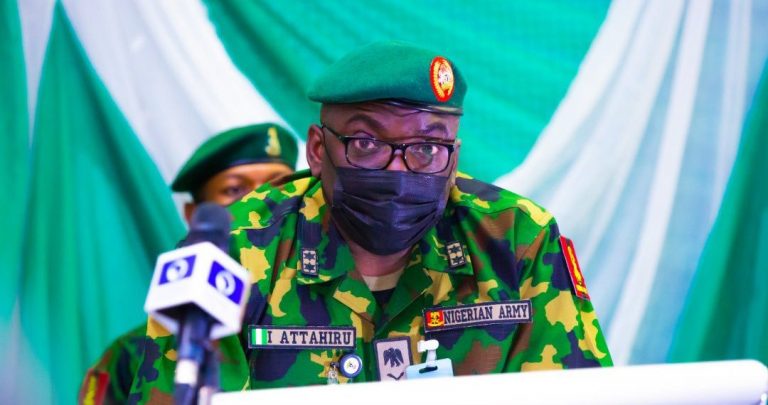 The Nigerian Air Force has given the Accident Investigation Bureau (AIB) the go-ahead to investigate the crashing of a military jet conveying the late Chief of Army Staff, Lt. Gen. Ibrahim Attahiru and ten others.

But the air force have granted the agency permission to probe this crash as the black box of a Nigerian Air Force Beechcraft 350 jet has also been recovered.

Oketunbi stated that AIB investigators will download and analyse vital information contained in the recorders to ascertain the cause of the crash that claimed the lives of the military personnel.

“The Flight Data Recorder (FDR) and the Cockpit Voice Recorder (CVR) from the accidented aircraft have been recovered and investigation has commenced.

“Investigators will download and analyse vital information contained in the recorders at the AIB-N’s world class Flight Safety Laboratory, in Abuja.

“The mandate given to AIB-N is based on the Memorandum of Understanding signed between the two agencies on July 1, 2020 covering areas of mutual assistance,” the statement partly read.

Related Topics:Attahiru: AIB Begins Probe Of Crashed Military Jet As Black Box Is Recovered
Up Next

Photos: Bodies Of The Late Chief Of Army Staff And Others At National Mosque, Abuja