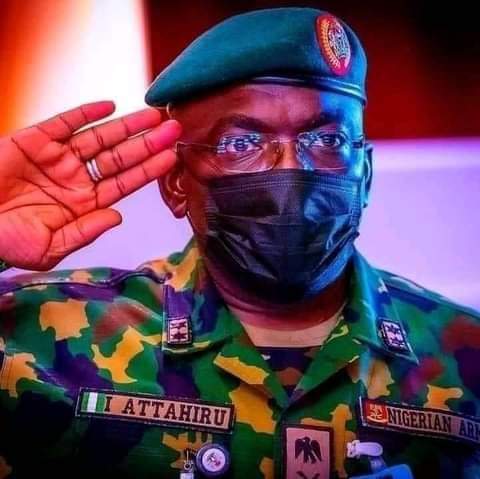 Eyewitnesses have alleged that two men jumped off the plane carrying the late Chief of Army Staff, Lt. Gen. Ibrahim Attahiru, before it crashed on Friday evening.

Eyewitness account of those living close to the airport said that the two men jumped off the plane with parachutes and disappeared.

TrackNews Online reported on Friday that Lt General Ibrahim Attahiru died in an air crash at about 6:00p.m. A military Beechcraft 350 carrying him went down at the Kaduna International Airport, claiming all passengers.

The top military officer was in Kaduna on an official trip.

But the eyewitnesses, who gave the account of the incident in a viral video, said two men escaped from the crash with the help of parachutes.

One of the eyewitnesses spoke in pidgin English.

AUDIO: El-Rufai accuses Ganduje of bribing NLC leaders to cause mayhem in Kaduna