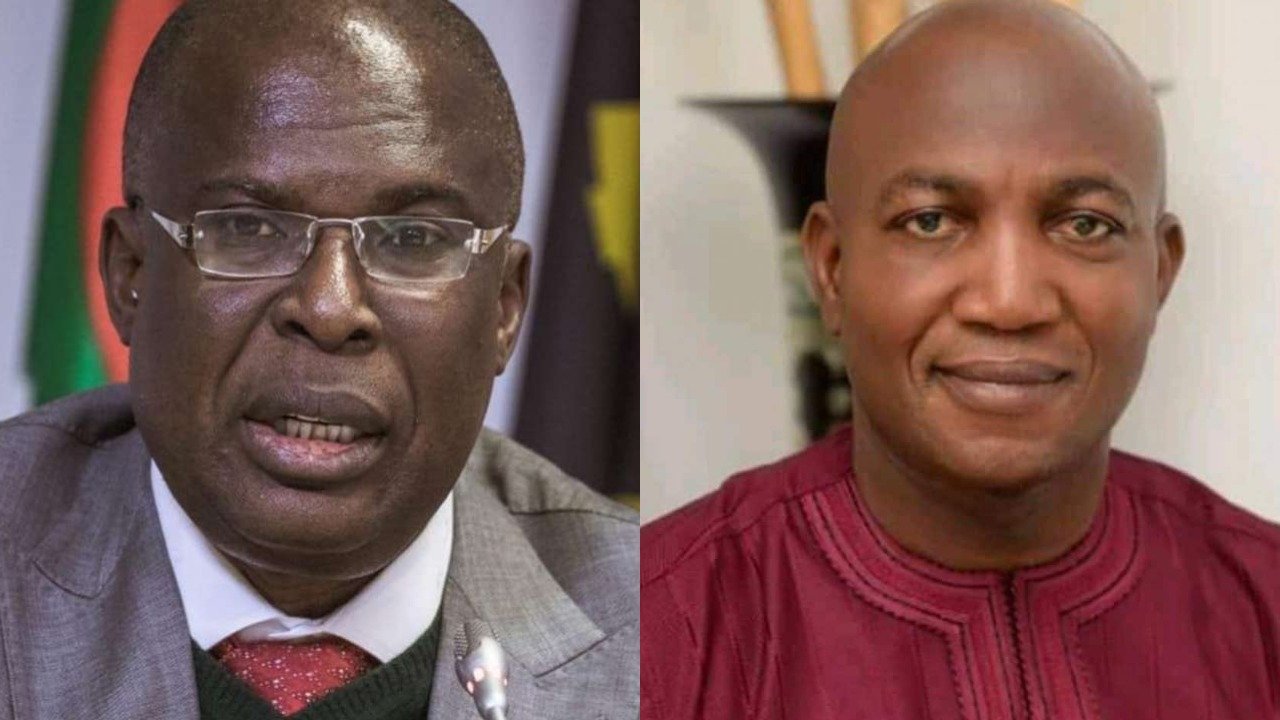 A stalwart of the All Progressives Congress (APC) and former senatorial candidate for Bayelsa Central Senatorial District in the 2019 general election, Barr. Festus Daumiebi, has dismissed as untrue the claims that the relationship between the current Minister of State for Petroleum Resources, Chief Timipre Sylva, and the former gubernatorial candidate of the party, Chief David Lyon, has turned sour, adding that both leaders are still close.

Daumiebi, also described as “misguided and malicious,” insinuations among a section of the party faithful in the state that Sylva, a former governor of Bayelsa State, allegedly traded with the party’s governorship victory that was overturned at the Supreme Court.

A section of the party’s support base in the State has been accusing the former governor of alleged romance with the PDP to trade with the governorship election victory won by Chief David Lyon.

In a chat with DAILY POST in Yenagoa, the state capital, Barr. Daumiebi, who was the Deputy- Director Mobilization and Logistics of David Lyon Governorship Campaign Organization said it is unthinkable and preposterous that the minister, who laboured so hard to lead the party to victory, could engage in such an act.

He said: “That is arrant nonsense, how can Timipre Sylva do such. I am not speaking for him, I am not holding brief for him and I am not his spokesperson but as far as the issues that culminated to the victory of APC in the 2019 governorship exercise is concerned, I am privy to 85 if not 90 percent of them.

“On the 20th of July 2019, I was the one that was called by the party gubernatorial candidate who was later elected governor, Chief David Lyon, who has a long standing relationship with me to go and purchase his nomination form on his behalf which I did. So those are road side and beer parlour stories, I have not heard that from Chief David Lyon.

“What specifically do you think that Sylva as HMSPR stands to gain by trading the governorship after installing his political son and ally? Is it for money, fame, recognition, or what? These are all road sides talks. What has happened has happened and it is high time we all come together and move this party forward as we head into the 2023 general elections. A house divided against itself cannot stand and this is not the way to go about things.”

“I am not here to speak about if both leaders have misunderstandings or not but like I said, there are bound to be misunderstandings but even if there is one but one issue as a person I don’t want to entertain it that Chief Timipre Sylva traded with the victory of Chief David Lyon and the APC as alleged.

“This is a man who went to my brother and ally Chief David Lyon in his house to say come and contest the governorship, Chief Lyon was not ready to contest but Sylva persuaded him and set in place the machinery that led to our victory.

“Do you know what it takes to defeat a sitting government, it goes beyond popularity, it goes beyond money and so many factors are involved. Like I said, I was an insider as the Campaign Deputy Director of Mobilization and Logistics,” he said.

On the crisis rocking the party in Bayelsa State, Daumiebi described it as misunderstandings and not crisis, hinting that some aggrieved party faithful are merely expresses their grievances, adding that the the party is united and strong under the leadership of HMSPR Chief Timipre Sylva as Leader of the party in the state.

He said, “There is about to be a crisis but I don’t call them crisis, I called them misunderstandings, I’m not aware of the crisis but am aware of misunderstandings, I cannot pretend. People have different ways of expressing their grievances, perhaps the people that just painted a place and put up a flag perhaps this is their way of expressing their grievances. But to say that they are a crisis or factions in APC, I am not aware and I have not heard that from my leader, Chief Timipre Sylva.

“Even the APC party Constitution is clear, in the place where there is no governor from the party in a State, the former governor if there is any from that state is the leader and Chief Sylva is the only former governor we have in the APC in Bayelsa State. and a serving Minister. So what is bringing up all these issues of alleged factions or no factions? There are no factions in APC Bayelsa State.

“Every member of a society has the right to be aggrieved. We have individual ways of expressing their grievances but let us employ dialogue and utilize internal mechanisms to resolve issues. The way I am hearing that they want to go about it is not the best. Chief Sylva remains the leader of APC in Bayelsa State and Jothan Amos until we move into the next congress remains the State Chairman. Before you claim leadership of a political party like ours, you must have access to the NEC meetings, the national must know you.

‘My advice is that all of us come together, except somebody is telling me that they are been used as agents of the PDP to destroy the party, if that is not the motive let them come out clean, let them dismantle whatever flags and join hands with the leader of the party and build the party because united we stand and divided we fall.

“If we are united we shall claim and reclaim that stolen victory in 2023. I am also using this medium to call on the leader of the party HMSPR Chief Timipre Sylva to continue to exercise leadership as he has always done irrespective of whatever people are doing and he must have heard. He should call everybody and let us come to a round table and resolve our differences, that is if they are ready to do so.”