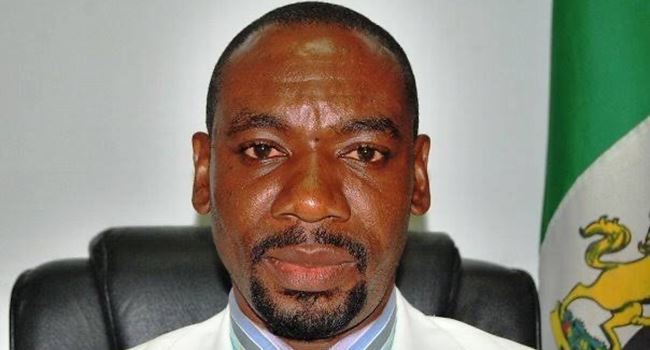 The broadcaster and anchor of Berekete Family show on an Abuja-based Human Rights Radio, Ahmed Isah, popularly known as ‘Ordinary President,’ was seen in a video as he slapped a woman, Susan John, during an interview.

The exposure of Ahmed by Nkanga had led to a lot of condemnation for the human rights activist, leading to his invitation by the Nigerian Broadcasting Commission (NBC), to explain his despicable conduct of slapping an interviewee.

The backlash and public outcry led to Ahmed apologising over his behaviour as well as mulling the stoppage of his show.

However, despite the public apology and a promise of decorum, Nkanga, in an appeal on Sunday, alleged that Ahmed and his supporters have been threatening to deal with him and his family members over the report he did.

In the statement made available to Ripples Nigeria, Nkanga said:

“Good morning, my name is Peter Nkanga. I am a Nigerian journalist and my life is under serious threat.

“I am facing harassment, cyberbullying and threats targeting me, my family, and other members of the BBC crew because I did my job as a journalist.

“I am talking about a multitude of everyday people including gatemen (mine in my residence is an avid follower of Ahmad), taxi/keke/okada drivers, market sellers, business owners, shop attendants, people from all works of life and strata of society.

“I am talking of everyday people you meet anywhere and everywhere on the road, malls, markets and offices who are his fervent adherents.

“They have my image, they are threatening me on social media, and now my numbers were released to the public on Ahmad’s live programme – my 1st number was released on Thursday, 20 May, and my 2nd number release on Friday, 21 May.

“Ever since, these people have been calling, sending SMS/WhatsApp threats to me. I have had to switch off both lines.

“Ahmad’s adherents have told me they know where I live, and I will die. My situation is a very serious and dangerous one.

“I was having an interview with a Leadership journalist on Thursday when the barrage of calls and messages began and forced the interview to terminate.

“Right now I am in hiding. Please raise your voice to say no journalist should be attacked for doing their job”, he stated

Related Topics:BBC journalist cries out over alleged threat to life from ‘Ordinary President’ Ahmed Isah
Up Next

El-Rufai insists on sacking workers despite agitations by organised labour