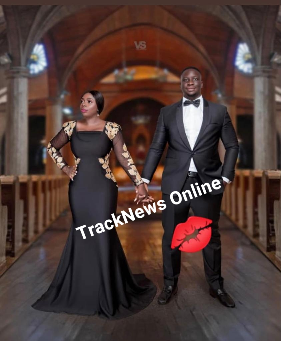 “our brother was only helping her avoid menopause” – Family Members claimed

The last may not have been heard of the botched wedding of the daughter of a serving Commissioner in the Bayelsa State Executive Council, Gloria Opene, commissioner for Children Affairs and Social development as family members and friends of the groom have been reacting to the claims by the bride. 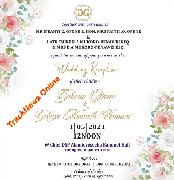 TrackNews Online earlier reported the reason the bride abruptly cancelled the wedding, less than 48 hours to the event.

According to sources close to Gloria, she cited her reasons to include infidelity and the fact that the groom didn’t have an apartment of his own and was waiting for her to secure one for them to move in after the wedding.

But reacting to her claims, some members of his family and friends have accused Gloria of being economical with the truth, alleging that she called off the wedding because of her greed and selfishness.

They alleged that she wanted a opulent societal wedding and had placed the cost at N10 million but the groom was only able to cough out N2 million naira which didn’t go down well with her.

According to them, the accusation of infidelity was also untrue and another worthless reason to give backing to what they described as her unpardonable excuse.

“Its funny that she is accusing him of being a gold digger. What gold does she have to be dug? Is it because her mother is a Commissioner? How much is the mother earning or she that is a civil servant, what is her worth? People should ask her please”, the source fired.

Another family source described her claims as ridiculous and unfounded, saying all she wanted was an elaborate wedding that will be the talk of the town but the groom being a modest man, wanted something quiet he could afford.

The source noted that if Gloria was not ungrateful, she should have been thanking him for agreeing to marry her to make her avoid menopause as she is fast approaching that status of womanhood.

The source added that, “Gbaye is not a gold digger. He is currently doing his Ph.D and has been doing well for himself as a lawyer. Gloria wasn’t just ready. She thinks she is still young and that life must be at her pace and expectations. What is happening to her is a family thing and those who know it, know so very well. They should just go”.

Senator Ita-Giwa: Where Governor Ayade leads, there I go