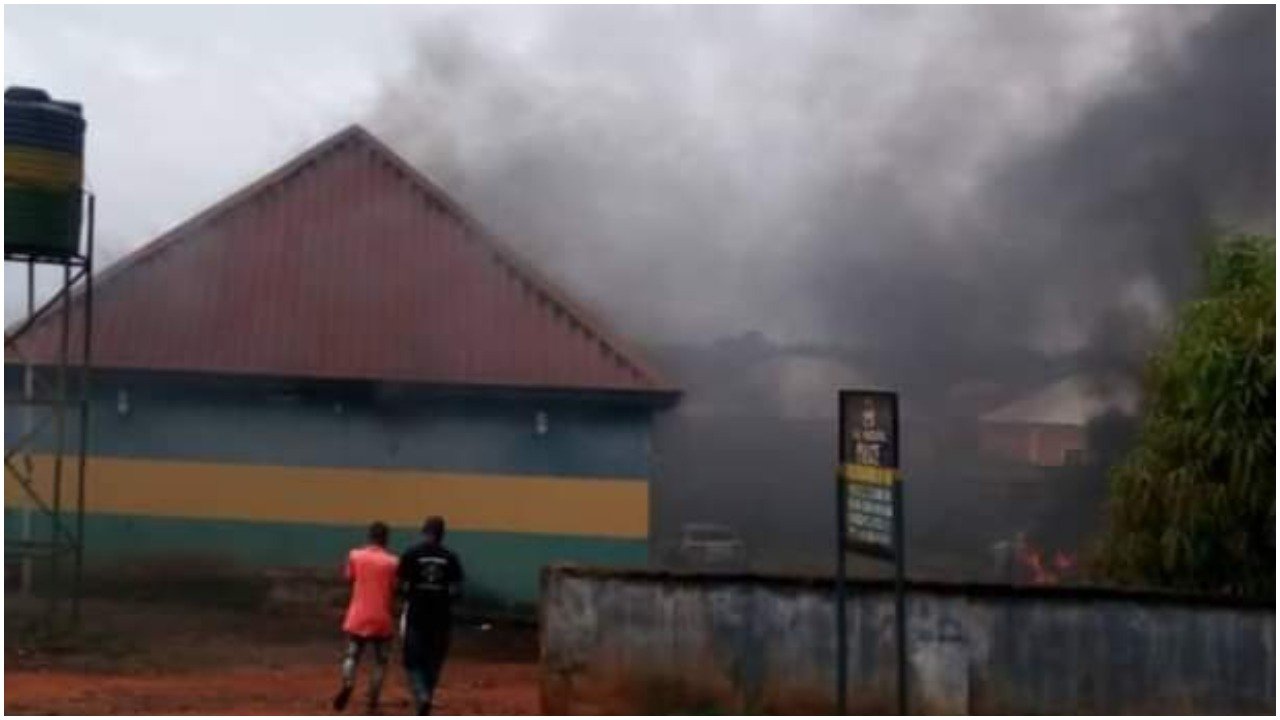 Yet to be identified hoodlums have set ablaze a Police Station at Ubani township Market in Umuahia North local government area of Abia State.

At the moment, TrackNews Online cannot confirm if police officers were at the station during the attack.

Also, the Police Public Relations Officer PPRO, Abia State Command, SP Geoffrey Ogbonna could not be reached for comment over the incident through a phone call put to him by our correspondent.

Recently, attacks on security operatives and police stations in the southeast of Nigeria has continued unabated, more than 10 police officers were killed on Saturday, between Rivers State and Akwa Ibom State.

Related Topics:BREAKING: Hoodlums attack Police Station in Abia
Up Next