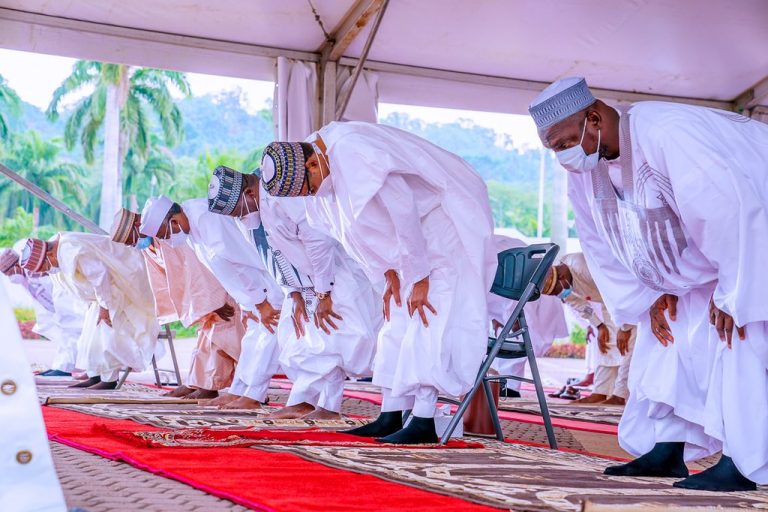 President Muhammadu Buhari, his family members, president of the Senate, Ahmad Lawan, Speaker, House of Representatives, Femi Gbajabiamila and other Muslim faithful on Thursday observed the Eid prayers at the Presidential Villa, Abuja.

The prayer was held at the fore court of the villa with members of the first family, including the First Lady Aisha Buhari, the president’s children and grandchildren in attendance. 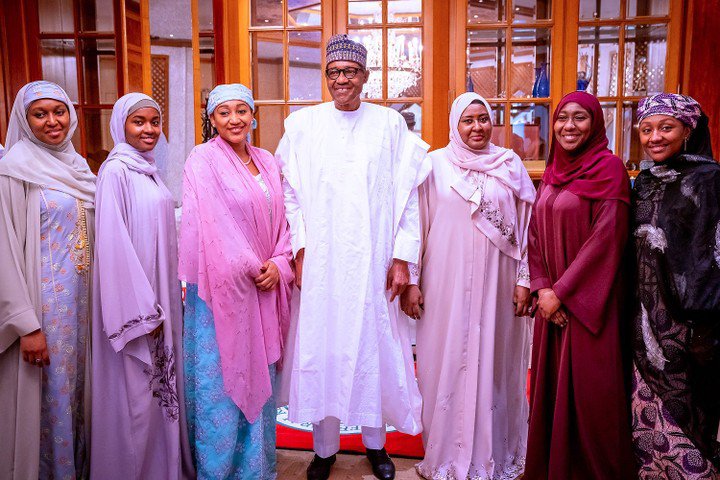 The Eid prayer represented another prayer performed at the Villa, as against the usual tradition of going to prayer grounds, in line with the Presidential Steering Committee directive against mass gathering to curtail the spread of COVID-19. 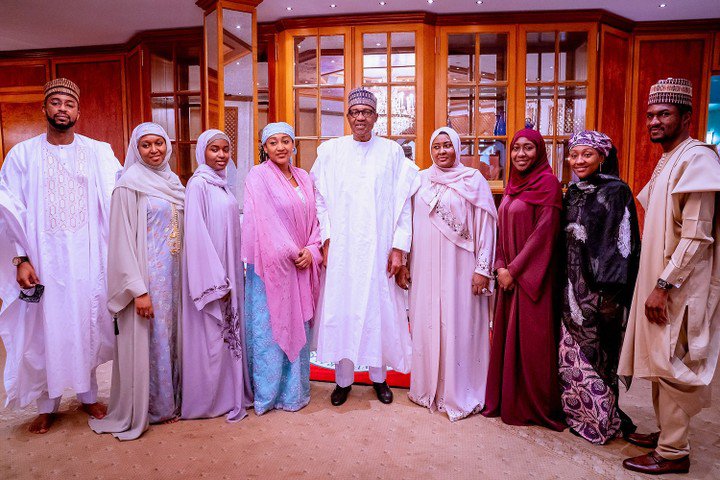 Others in attendance at the prayer session included the President of the Senate, Ahmad Lawan, the Speaker of the House of Representatives, Femi Gbajabiamila and the National Security Adviser to the president, retired Babagana Monguno, Director General, Department of State Services (DSS), Yusuf Bichi, the acting Inspector-General of Police, Usman Baba and other presidential aides and principal staff of the State House. 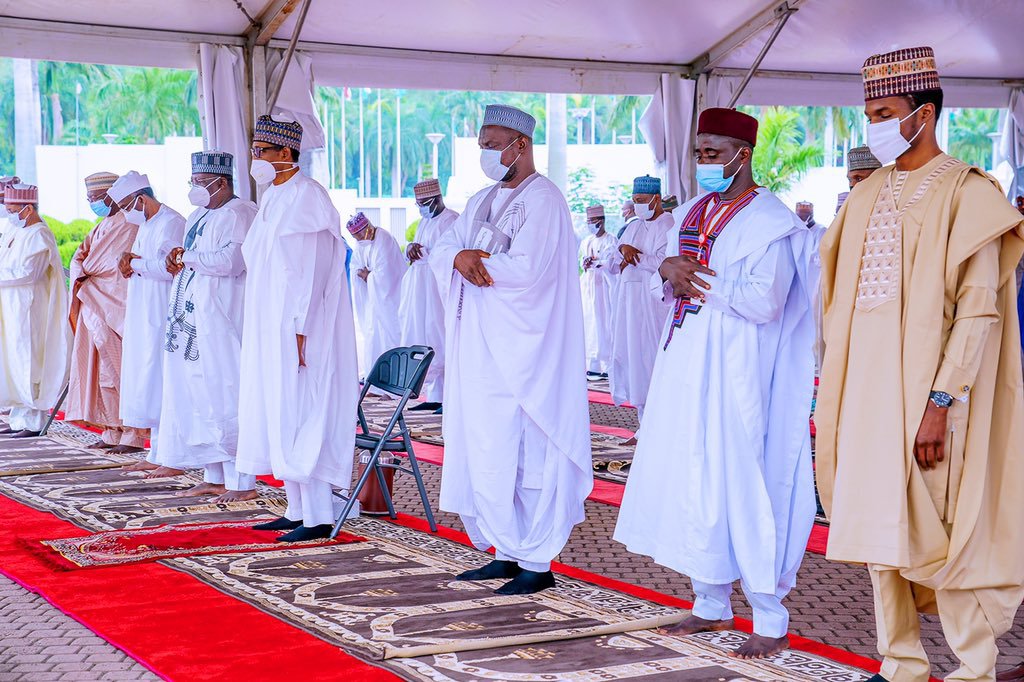 Related Topics:AishaBuharifamily members observe Eid Prayers in Aso-RockGbajabiamila
Up Next