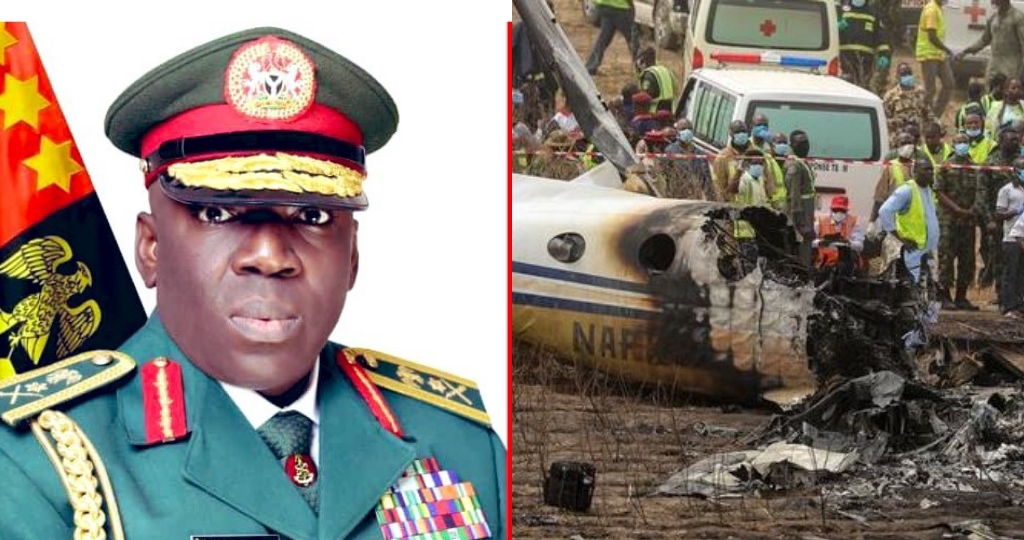 Nigeria’s military has, in the past four months, borne the sad news of three military plane crashes which have led to the death of at least 17 officers.

Here is a rundown of the unfortunate accidents that have kept the nation wreathing in pains, and moruning.

Chief of Army Staff, Ibrahim Attahiru and eleven others die in plane crash

Late evening Friday, news made the rounds that Nigeria’s Chief of Army Staff, Lt. Gen. Ibrahim Attahiru, lost his life in an air crash in Kaduna.

Air Force spokesman, Air Commodore Edward Gabkwet, confirmed the unfortunate incident in a tweet but gave no numbers of the dead.

2 die on board a fighter jet

An Air Force fighter jet, NAF 475 went off radar on Wednesday evening, March 31. It was said to have lost contact in Borno State while on a mission to support ground troops. Boko Haram terrorists claimed, on April 2, in a video that it shot down the jet. Air Force spokesman, Gabkwet said in a statement that the Alpha-Jet lost contact with radar in Borno State “while on interdiction mission in support of grounds troops.” The 2 crew members on the plane died.

On Sunday morning, February 21, seven people died after a Nigerian military plane crashed short of a runaway in the Federal Capital Territory (FCT), Abuja. It was said to have crashed due to an engine failure. The plane was on its way to Minna, Niger State capital.

The multiple crashes in so short a period have raised concerns over the fitness of aircraft in the country’s military fleet.

Nigerian lawmakers have recently began a probe of the huge sums of money budgeted for the military since the coming of the Muhammadu Buhari administration.

In one such appearance at a committee hearing of the Senate, the late Ibrahim Attahiru had, upon query, responded that it was unfair to ask him to account for money collected and disbursed under the administration of ex-Chief of Army Staff, General Tukur Buratai.

Related Topics:DISASTER! Nigeria loses 17 officers in 3 military plane crashes in 3 months
Up Next