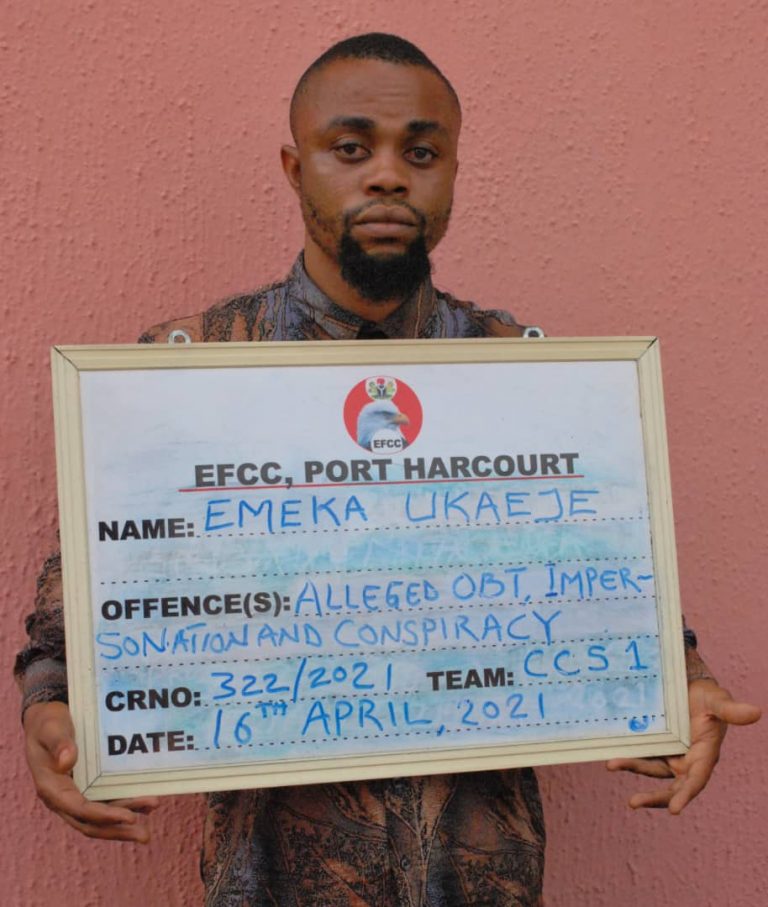 The Economic and Financial Crimes Commission (EFCC) has arrested a man in Port Harcourt for selling and buying human organs for trafficking to foreigners.

He is said to be the ring leader for a group of criminals involved in the trafficking of human organs. His arrest follows action taken by the EFCC operatives in Port Harcourt based on actionable intelligence.

According to the anti-graft agency, Emeka and his team falsely present themselves to the unsuspecting public as medical doctors with a human organ bank, particularly kidneys for sale and purchase.

They harvest their organs from both people with renal disease and even healthy people desirous of selling their organs in Nigeria; India; Pakistan; Indonesia and the United Arab Emirates.

The EFCC is on the trail of other members of the criminal gang both within and outside Nigeria.

Meanwhile, the Owa Ooye of Okemesi Ekiti, Oba Adedeji Gbadebo, on Wednesday lamented the abandonment of tradition in Nigerian states, especially in the Southwest region.

The former chairman, Ekiti State Council of Traditional Rulers, expressed worries over the spate of insecurity in the country, suggests the use of traditional means to tackle criminal activities in the regions like it was being done in the old days.

Gbadebo said people of the South-West including monarchs, had abandoned the ways of old and the protective charms and powers used by their forefathers, hence the incursion of criminals into the zone.

Related Topics:EFCC Arrests Nigerian Man Who Sells Human Organs To Foreigners
Up Next

Over 12 Graves Found in Compound of Iniubong Umoren’s Killer