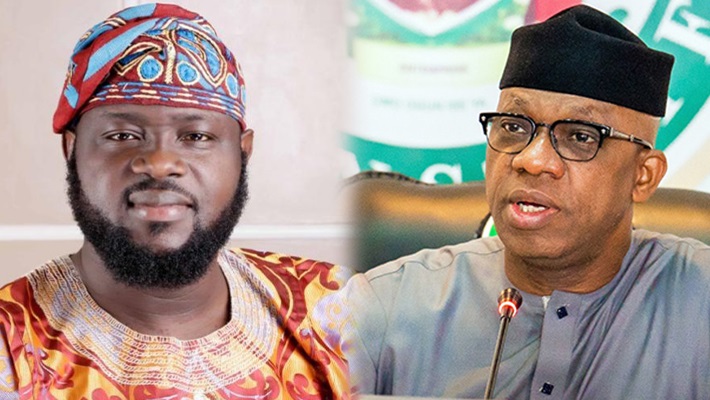 Abidemi Rufai, an aide of Governor Dapo Abiodun, currently enmeshed in a $350,000 unemployment benefits fraud scandal in the United States of America may not be released as planned on Tuesday.

Mr Rufai duped the U.S. government by using the identities of more than 100 Washington residents to steal from the Washington State Employment Security Department (ESD) during the COVID-19 pandemic last year.

He was arrested on May 14 while trying to travel out of the country to Amsterdam. POLITICS NIGERIA earlier reported Mr Rufai’s history of corruption and how the U.S. stated that he presents an extreme flight risk.

“If he does escape to Nigeria, extradition will be extraordinarily difficult or impossible because of his ties to the Nigerian government,” the United States Department of Justice said in an exclusive report earlier published by this newspaper.

TrackNews Online gathered that Mr. Rufai has gotten a surety to ensure his freedom from detention but recent findings may make that difficult. The surety, Nekpen Soyemi is a registered nurse, whose family comes from Nigeria. She said she would guarantee the $300,000 bond and allow Mr Rufai to stay in her house in U.S.

New information made available to TrackNews Online has shown that the “surety (Nekpen Soyemi) is a suspect in an investigation into an email impersonation scheme.”

She is a suspect that the FBI is investigating in another fraud committed on U.S. soil. She was involved in a $134,000 fraud linked to a non-profit. Sources familiar with the matter told this newspaper that the United States Magistrate Judge in the Eastern District of New York, Ramon Reyes, has been briefed about this development.

FBI sources confirmed that with this new development, the surety provided by Mr Rufai may not be allowed to stand in for him.

“The FBI has conducted research into the Surety and has learned information indicating that the Surety is not an appropriate person to perform that role,”

The FBI was also unable to locate records showing that the surety has an interest in the property she presented before the court for Mr Rufai’s bail. Efforts to reach Mr Rufai’s lawyer, Michael Barrows proved abortive as he did not reply emails seeking his reaction to the matter.

Related Topics:Bidemi Rufai may not be released on bailEXCLUSIVE: Why Dapo Abiodun’s aide
Up Next